DfE has named the first 50 schools to be rebuilt or refurbished in the first phase of 10-year programme with a strong focus on the North and Midlands.

Almost three-quarters of schools to be rebuilt or refurbished in the first phase of the government’s new School Rebuilding Programme are in the Midlands or the North of England.

Fifty schools, listed today by the Department for Education, will be revamped into modern, energy-efficient environments providing new facilities from classrooms and science labs, to sports halls and dining rooms.

A total of £1 billion will be spent on the schools, including primary, secondary and special schools, which the DfE said last year were in areas “where school building conditions are worst”.

In addition, the DfE has today announced the building of 21 new free schools, including 10 in the most deprived areas of England, with three in Opportunity Areas.

Education secretary Gavin Williamson said: “The rebuilding projects are just the start of our major 10-year programme, transforming hundreds of schools and improving the education of tens of thousands of children.

“Alongside this, over 15,500 children will now benefit from 21 new free schools across the country as we look to build back better after the pandemic.”

The Association of School and College Leaders said it was “delighted” with the investment, which would be “of enormous benefit to pupils and communities”.

However, general secretary Geoff Barton said: “Without wanting to be ungracious, let’s keep this announcement in perspective. There is still an enormous backlog of repairs and refurbishment needed to the whole school estate, and at the last count, it was estimated that it would cost £6.7 billion to return all school buildings to satisfactory or better condition.

“The government is making progress in the right direction, but frankly we hope for a day when all schools are able to have facilities fit for the 21st century.”

The DfE says project planning for the 50 building projects, of which more than 70 per cent are in the North and Midlands, is already advanced in a number of cases, following site visits last year, so construction can begin on the first projects from autumn 2021.

The majority are expected to be completed within three to five years. Projects will range from replacing or refurbishing individual buildings through to whole-school rebuilds.

The government says the programme will help to create jobs, apprenticeships and training opportunities across England, with suppliers offering training and apprenticeships as part of their work on the rebuilds.

The DfE also says it plans to consult this year to gather views on how schools are prioritised for future rounds of the long-term programme, which is due to deliver 500 rebuilding projects over the next decade.

The government has also today announced that it is investing £10 million to support school sports and swimming facilities in England, which will be distributed through the public body Sport England. 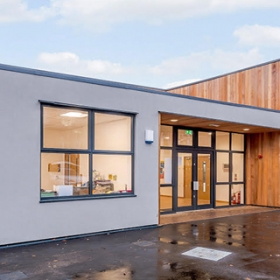 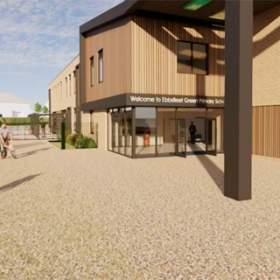