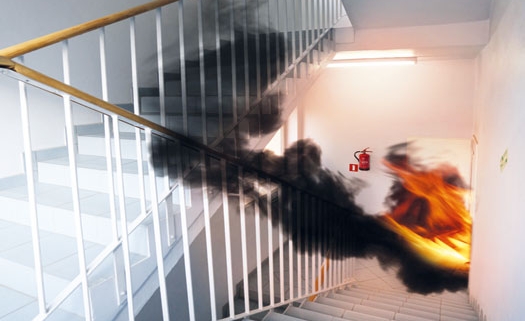 While the number of school fires has decreased over recent years, they remain a major risk for schools. Joe Bradbury of School Building Magazine and industry experts Fire Safety Services take a look at what school building operators can do to minimise risk.

A large school fire devastates; its aftermath lingers for years. There are about 700 school fires a year in England. Approximately 90,000 pupils a year have their learning disrupted due to fire damage to classrooms and school property. The long term disruption that follows puts staff and pupils under stress and imposes large financial, educational and administrative costs. It is a price that no school can afford to pay. However, while no school is immune from the risk of fire, the chances of it happening can be reduced or, if the worst does occur, losses to be kept to a minimum.

School fires in London alone have increased by 34% in just one year, new London Fire Brigade figures show. The Brigade has been campaigning for a number of years to make sprinklers mandatory in new schools and during major refurbishments. Sprinklers are especially important during the summer holidays when buildings are empty and fires can smoulder undetected, causing extensive and expensive damage.

There were a total of 90 fires in preschools, nurseries, primary schools and secondary schools in 2017, up from 67 in 2016. The Brigade’s Fire Facts report, also released this week, shows that fires at educational buildings, including colleges and universities, have also increased from 20 to 28 in the same period.

Moreover, last year 184 London schools ignored the Brigade’s advice to have sprinklers fitted as part of their refurbishment or building plans, despite that being the most cost effective time to fit water suppression systems…

This is happening up and down the country.  Less than a third of the 260 schools built since 2014 under the Schools Building Programme have sprinklers.

Sprinklers are mandatory in new school buildings in Scotland and Wales, but not in England. Government guidance on safe school design says all new premises should be fitted with sprinklers “except in a few low-risk schools”.

There were no fatalities from school fires in the eight years up to 2017/18, but there were 244 casualties, according to official figures.

The National Fire Chiefs Council said the proportion of new schools built with sprinklers had dropped from about 70% a decade ago to a third last year – and overall, in England and Wales, just 5% of schools have sprinklers.

Watch out for arson

Each year around 1 in 20 schools experiences a fire and nearly 60% of school fires are started deliberately. The short-term effects of loss of facilities and equipment can be calculated, but the longer-term effects of loss of coursework, disruption of classes and lowering of morale are much harder to quantify. However, it is clear that a major fire is likely to disrupt a child’s education for many months and could mean postponing tests and exams.

Most are probably not meant to get out of control and started as a dare or just a laugh. Some however are malicious and planned.

Nationally one in eight schools suffered an arson attack last year – costing about £65m a third of these were in London.

So how can we stop it happening? In reality – you can’t. But you can lower the risk of it happening by following simple rules.

By being vigilant and aware of what a potential arsonist could burn and how accessible it is could greatly reduce the risk.

A common non-compliance found is that of storage of combustible items. The very nature of schools attracts large amounts of paper, cardboard etc with limited storage. It is sometimes the case that cupboards housing electrical equipment (fuseboards, servers) are requisitioned for storage which is a potentially dangerous mix of fuel and ignition in an enclosed area. The simple fire safety advice is to keep fuel sources and ignition/heat sources apart.

Another area that gets overlooked is the storage of gym mats. Again space is a premium and it is common to find mats stored vertically as opposed to horizontally. Also many areas are not suitable as gym mat stores.

Gymnastic mats should be stored in a purpose-built store having a fire resistance of 60 minutes to British Standard 476: Parts 21 to 22, and where possible be ventilated to open air.

The reason for the stringent fire protection measures is that the mats produce toxic dense smoke when ignited. This will spread to other mats quickly if stored vertically. If the smoke breaches the enclosure there is a high risk of the escape routes becoming unusable due to lack of vision along with the dense black smoke which is a danger to life.

These are just a few examples of everyday issues found on Fire Safety Inspections in schools; however, many more factors need to be considered. For example a Personal Emergency Evacuation Plan (PEEP) evacuation plans – can individuals with special needs, be accommodated within the general evacuation procedure?

For answers to this question and many more you need to speak to a quality third party accredited fire protection company (such as Fire Safety Services) to take care of your fire risk assessment along with any other fire safety & equipment requirements. It could save lives. 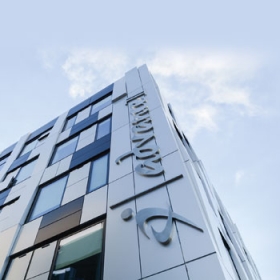 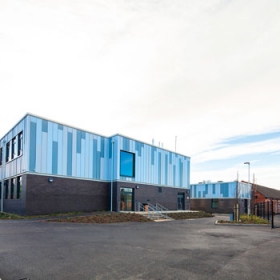 Floors fit for the future with EcoTherm
Scroll to top