Children at a popular Bolton primary school could move “out of portacabins” and back to classrooms thanks to plans for a new building.

The plans will see Gaskell Community Primary School on Thomas Holden Street create a new two-story building to provide classes for up to 120 children who, until now, have had to make do with temporary cabins in the school’s car park.

If the plans are realised, they will be taught in a new building on the eastern part of the site, next to the main school.

Bolton’s executive cabinet member for children’s services Cllr Anne Galloway said: “The capital funding for the expansion at Gaskell Primary school has been welcomed by the pupils and staff at the school.

“It’s great news that the pupils can move out from their portacabins into the new extension.”

This comes after a decision taken by Bolton Council in 2018 to provide more places for school children in the area.

At the time, Gaskell did not have space in its main building and so the temporary classrooms were installed in the meantime on the school car park.

This created space for another 120 children but meant that car parking space was lost, and that teachers and other members of staff had to use a nearby church car park instead.

he plan has been prepared by Lungfish Architects Ltd

The school received a £1million funding boost in August last year to help it cope with the additional spaces and this will now be put to good use with the new expansion, one of several the school has undergone in recent years.

Lungfish Architects Ltd, which has prepared the plan for the new building says that the proposal, as well as making space for children to learn will also free up space for up to 30 vehicles in the car park.

The work will also include demolishing a vacant building on the site that had previously been used as a community facility, but which has been unused for some time since and has fallen into a poor condition.

The plans will be open for neighbourhood consultations until Thursday April 28. 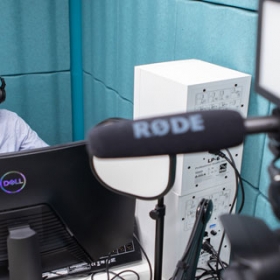 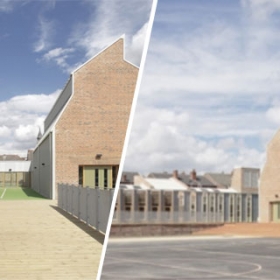 £1.3m IN DAMAGES FOR LEAKY ECO SCHOOL
Scroll to top