Did you know that the UK has the highest mesothelioma death rate for teachers? Latest facts and figures show the effects of asbestos in schools have reached an even higher death rate with teachers dying from mesothelioma. School Building Magazine editor Joe Bradbury discusses:

After years of Tory austerity expenditure cuts, nearly half of teachers think their school or institution is no longer “fit for purpose.” In addition, 22% claimed the quality of their buildings makes them unsafe for students and staff.

When we first covered this back in 2019, 670 members of the National Education Union were polled, and they described leaking roofs, collapsing walls, moisture, and broken boilers and heating. It seemed that the impact of cuts since 2015, according to union leaders, put a “serious squeeze” on the ability of schools and institutions to pay repairs.

The survey also brought attention to the dangers of asbestos, which is found in 86% of schools, yet only 21% of instructors were aware that they were working in a school with the deadly dust particles.

Asbestos is a naturally occurring, fibrous silicate mineral which was used in a variety of products for hundreds of years such as building materials. Inhaling asbestos fibres aggravates lung tissues, which cause them to scar and develop illnesses such as mesothelioma, a cancer of the lung.

The United Kingdom possesses one of the highest rates of mesothelioma in the world, largely because the UK government permitted the use of asbestos long after other countries outlawed the mineral’s use.

Last year 22 teachers died of mesothelioma, meaning the UK has the highest death rate in the world.

Children are particularly vulnerable to developing mesothelioma. A five year old child that is exposed is five times more likely to contract mesothelioma than someone exposed to asbestos in their 30’s. It is reported that between 200 and 300 people die each year from exposure to asbestos as school children.

Our children need to be taught in buildings that are fit for purpose. This dreadful downward spiral has gone on long enough.

According to a paper by independent think-tank ResPublica, an “asbestos audit” is needed to measure the level of the material in public buildings, schools, and hospitals. The think-tank also urges the government to undertake a cost-benefit analysis for the priority, phased removal of all asbestos from public buildings in the United Kingdom. In their paper, ResPublica recommends that the UK adopt improved monitoring technology to detect asbestos fibres, similar to those used in France, Germany, and the Netherlands.

The importation, supply and use of all asbestos has been banned in the UK since 1999; the amphibole type has been banned since 1985. However, it is still claiming 2,500 lives a year.

Since the asbestos prohibition was enacted 20 years ago, we’ve allowed this hazardous material to sit and deteriorate in our schools and hospitals.

Unsurprisingly, we’re seeing an increase in mesothelioma deaths among teachers and nurses, which the authorities aren’t acknowledging; a devastating indictment of the current containment and control system.

If we do not act now, many believe we and our children will face a national health disaster.

Despite the fact that it is now well recognised that a well-designed and maintained school building is critical for a successful education, it appears that wet, leaky, outmoded, asbestos-ridden schools are still common. Too many students and teachers are attempting to learn and teach in hazardous environments that jeopardise their health and education… and this must change.

This country is experiencing the biggest scarcity of school places it has ever experienced. Because there is a finite amount of money available to address the expanding problem, every penny spent on education must be used wisely.

How can we expect our students to compete with the best in the world when so many of our schools are inadequate? The educational advances that have resulted from the current school construction programme do not meet the basic criteria that British taxpayers and our economy expect. For all of our students and their dedicated teachers, we must do better.

Young people inherit the earth. In an increasingly competitive society, we must do everything possible to teach our children to the best of our abilities, learning from our failures and improving on our own childhood education. Let us ensure that the built environment has a good impact on the society that inhabits it, rather than makes them sick or slowly kills them. When it came to COVID-19, we pulled out all the stops to keep people safe. It’s time to do more. 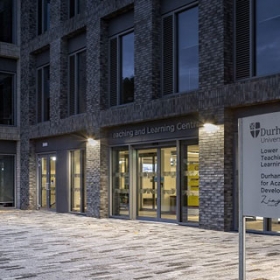 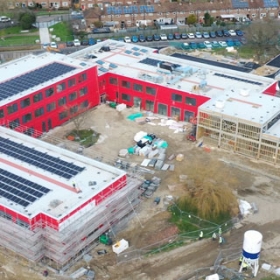