Hartshill School in Nuneatorn, Warwickshire has revealed its redevelopment plans, one of just 50 across the country to be chosen by the government’s rebuilding programme.

Now it has unveiled the first image of what the new-look school will look like.

It will be based in a single building developed adjacent to the existing premises at Church Road.

It says the aim is to provide a welcoming and secure environment with open spaces and wide corridors to bring the school into the 21st century.

In a factsheet on the school’s website, it states the school rebuilding programme will not be expanding the school and the proposals do not include an uplift in pupil or staff numbers. Education at Hartshill School will continue uninterrupted while the redevelopment is carried out.

How the secondary school site could look

A new grassed pitch, designed to Sports England standards, will be created where the old buildings were located to compensate for the area of playing field lost due to the position of the new teaching building.

The existing 109 car parking spaces will all be retained or re-provided on site, together with five new accessible parking bays and two minibus spaces.

New dedicated cycle parking is proposed at the front of the site and the main pedestrian and vehicle access to the School along Church Road will also be maintained as part of the proposals. 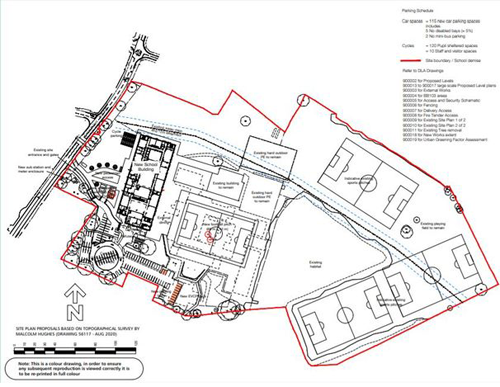 Now, in a bid to get views of the school and wider community, a public consultation has been launched.

People can comment on the plans until Wednesday, April 21.

Dr Louise Newman, Principal of Hartshill School said: “Securing this investment is fantastic news for Hartshill School and the local community, and we look forward to hearing to everyone’s views before taking our next steps.

“It is our intention that school life will continue uninterrupted on the same site during redevelopment and that the school will move into its new building when it has been completed.”

Supporting investment in our schools 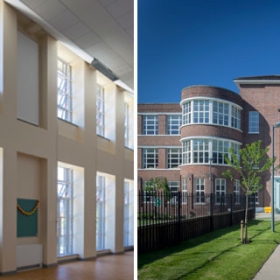 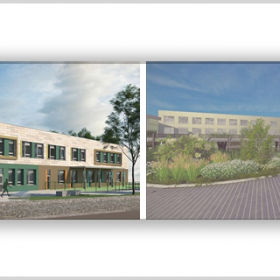