According to documents leaked to The Observer newspaper, deteriorating school buildings in England are a “risk to life.”

The leaked emails are from officials working for the Education Secretary Nadhim Zahawi, as part of a weekly update to Downing Street from the Department for Education (DfE).

The leak states that: “School buildings: the deteriorating condition of the school estate continues to be a risk, with condition funding flat for FY [financial year] 2022-23, some sites a risk-to-life, too many costly and energy-inefficient repairs rather than rebuilds, and rebuild demand x3 supply.”

The Observer article also reports that this is the second time DfE officials have raised this issue.

A 2019 report from The Guardian suggested that 17 per cent (3,731) of schools were found to have buildings with roofs, walls or windows, in need of immediate repair.

In a statement given to The Observer, Kevin Courtney, Joint General Secretary of the National Education Union said:

“All children deserve to learn in high quality, safe and comfortable buildings. But in 2022-23, capital funding is £1.9 billon less per year in real terms than it was in the last years of the Labour government. If the government had not cut Labour’s school rebuilding programme, £27 billon more would have been spent on school and college buildings. So, while any money spent on school buildings is welcome, the scale needs to be judged against what has been cut, which is 50 times larger.

“The challenges that need to be addressed are huge. And whether the issue to be addressed is potentially dangerous roofing, retrofitting for energy efficiency and to help meet climate obligations, or basic repairs, the challenge is made all the greater by the presence of asbestos in so many school buildings. The government needs to show much more ambition and urgently address these issues in a strategic way.”

The School Rebuilding Programme plans to refurbish education buildings in priority order according to their condition. The first 50 schools to join the programme were announced in February 2021, and a further 50 in July 2021.

From 2022 to 2023, the programme expects to prioritise up to 300 schools, reserving the remaining places for later in the programme.

A 2019 report from The Guardian suggested that 17 per cent (3,731) of schools were found to have buildings with roofs, walls or windows, in need of immediate repair.

Of the 21,796 schools researched, 1,313 had elements that were graded D, defined as “life expired and/or serious risk of imminent failure”.

Source: This Week in FM 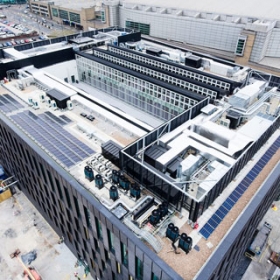 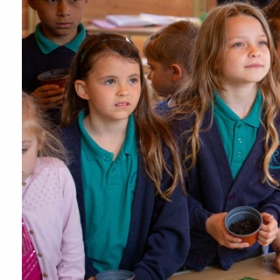