A former Wirral school building which is lying empty and costing the council huge sums of money may be brought back into use.

Last night’s meeting of Wirral Council’s Children, Young People and Education Committee heard that the former Kingsway Academy building, on Birket Avenue in Leasowe, could be adopted by Clare Mount School, currently based just under three miles away on Fender Lane in Moreton.

There is a clear need to bring the building back into use, given that it has been empty since 2018 and is costing Wirral Council £867,500 per year.

This cost has been incurred due to a PFI (private finance initiative) which allowed for the significant refurbishment and building of nine schools across Wirral, including eight secondary schools and one primary school.

But the contract, which Wirral Council entered into in 2001, means the local authority must pay £867,500 per year to Wirral Schools Services Ltd for the upkeep of the former Kingsway Academy site until 2031 unless another use for it is found.

When the school closed it had just 129 pupils on its roll, but the school site has a capacity of 1,450 pupils, with a former City Learning Centre (CLC) building also within the boundary of the school grounds.

Clare Mount School has 249 pupils at the moment, and the school’s sixth form pupils are currently using Kingsway’s CLC facility.

David Armstrong, Wirral Council’s assistant chief executive, said Clare Mount School was built on a flood plain and that many aspects of it dated back to the 1950s.

Given this, he suggested that the council’s upcoming feasibility study for the future of the Kingsway site looked at moving Clare Mount to it from the Fender Lane site.

Cllr David Brennan, who represents Labour, suggested that the authority also looked at a role for more sixth form education at the site, given that the demand for spaces in Wirral’s 16-19 age group is set to grow in the next 10-20 years.

While insisting that Clare Mount School was the first option which will be looked at by the local authority, Simone White, Wirral Council’s director of children’s services, said the feasibility study will look at as many options as possible.

Liberal Democrat member Chris Carubia wanted to confirm what Wirral Council was able to use the site for within the confines of the contract.

Mr Armstrong said that it must be used for educational purposes, but that this could mean broader services such as library space rather than simply as a mainstream secondary school.

Ms White said more details on school places needed in Wirral will be provided by upcoming studies, but added that there is pressure on the number of special school places in the borough and that this site may provide the council with an opportunity to provide more places in this area if they were needed. 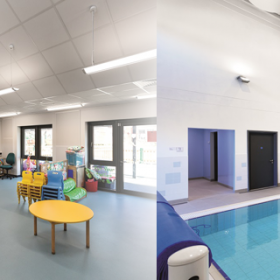 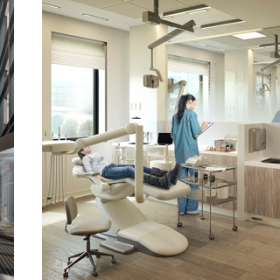