The blast area will be covered by these heavy rubber mats to prevent debris from flying into the air.

A bedrock blasting program required to excavate the site of the new research and education building at UMass Medical School in Worcester begins July 12 with two test blasts, at 10 a.m. and 2 p.m.

Vibrations from the blasts will be recorded by seismographs on the site and vibration monitors deployed in several locations across campus. The design and construction team will analyze data from the test blasts and make refinements to the plan prior to the initiation of a daily blasting schedule.

“This plan has been engineered and modeled by a very experienced team. We have a good idea of what to expect, but it’s very important to do the tests and take a look at how the vibrations propagate through the bedrock on our site,” said John Baker, associate vice chancellor for facilities management.

The foundation excavation for the nine-story building needs to be about 35 feet deep. Test borings confirmed that bedrock is present in about 50 percent of the area to be excavated. Most of the soil and loose rock has already been removed and hauled away. Blasting is the preferred method of bedrock removal for its efficiency and its limited impact on the campus, compared to using powerful hydraulic hammers to break the rock.

To prepare the site for blasting, a crew has been drilling a series of holes into the bedrock, 12 inches apart, around the perimeter of the site. This “line drilling” accomplishes two goals. Much like perforations on the edge of a form or check makes it easier to rip a clean line, drilling holes along the perimeter will make for a cleaner sheer wall after blasting. Line drilling will also help re uce the vibrations traveling off-site through the bedrock.

When blasting begins, that same drilling machine will bore holes into the bedrock; the holes are then loaded with an explosive charge. One “blast” will represent a series of explosions, 10 to 20 in most cases, that will be detonated in a sequence just milliseconds apart to reduce the level of vibration created. To the observer, however, it will seem like just one blast.

The blast area will be covered by heavy rubber mats to prevent debris from flying into the air. The daily blasts will be four hours apart to give excavators time to load the fractured rock into trucks and hauled off site prior to the next blast. A similar blasting program was completed successfully during construction of the Albert Sherman Center.

“We are asking people not to congregate near the site to watch the blasts, since they will just be asked to move way,” Baker said. “The best way to watch construction, at any time, is by the webcam on the project page.”

Prior to each blast, certain areas of the campus adjacent to the site will be closed to pedestrians for approximately 10 minutes.

Shawmut Design and Construction staff, along with UMMS personnel, will be deployed in all of these areas during blasting, to manage the closures and protect public safety.

“We realize these closures will be inconvenient, but they will be brief, and we ask for the community’s patience,” Baker said.

The First Road garage will remain open during the blasts; however parking and pedestrian access to the area close to the construction site will be restricted. The top floor of the garage already has a temporary fence in place. This week, similar fences will be installed on the first four floors of the garage.

Once data from the July 12 tests are analyzed and any necessary adjustments made, a twice-daily blasting program will continue through November. Vibration data will be recorded and analyzed after each blast, so the contractor can make adjustments if needed, since each blast may propagate differently, depending on rock density, spacing and depth of holes, and the size of the charge.

The new building will have research space for a projected 77 principal investigators and other educational uses. It is slated to open late in 2023. 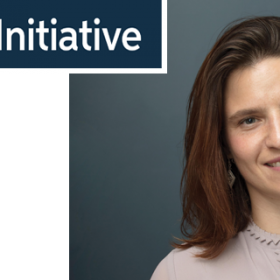