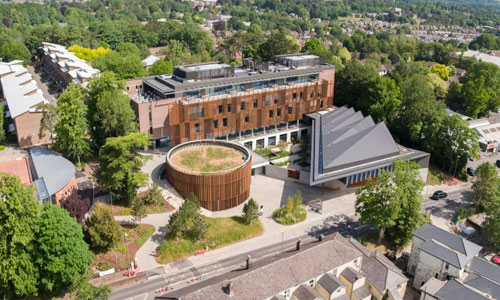 The U.K. is home to some of the world’s oldest — and most prestigious — universities. And while these may be centers of excellence for learning, many institutions’ buildings were built centuries ago and are in need of refurbishment or, in some instances, total replacement.

It’s a problem that’s not restricted to higher education. Across the country, a lot of building stock is old and not as energy efficient as it should be.

Victorian-era housing, for example, can be draughty and costly to maintain, while office blocks developed even 20 years ago can often feel tired and out of date.

In the south of England, one place of learning is attempting to boost its green credentials with a brand new development.

Earlier this week, construction firm Osborne “formally handed over” the West Downs Centre to the University of Winchester. A handover refers to a contractor formally passing a development over to their client.

The building boasts a number of sustainable features designed to boost its green credentials. These include a combined heat and power system; solar photovoltaic panels; rainwater recycling; and what the university described as “smart building management.”

Its development was supported by green financing through a £30 million ($37.26 million) loan from Triodos Bank, which offers what it describes as “sustainable financial products.”

The university has previously described the West Downs Centre as being “on target” for an “excellent” BREEAM rating. BREEAM is a “sustainability assessment method” from the Building Research Establishment that covers infrastructure, masterplanning projects and buildings.

It’s hoped that teaching at the building could begin in September this year, although given the current situation with regards to the coronavirus pandemic, this is dependent on government advice. An official opening and inauguration are slated for next year.

Around the world, buildings designed for the education sector are being developed with sustainability in mind.

In March of this year, it was announced that the firm Veidekke had been tasked by the city of Oslo to build an energy-efficient, solar-paneled school.

At the time Veidekke said the Voldsløkka secondary school would have solar panels on its facades and roof. In addition, machinery used on the building site would run on “fossil-free fuel.”

Back in the U.K., a number of universities are also turning to renewable sources of energy. These include the University of Sussex, which has installed over 3,000 solar panels at its campus in a £1.5 million initiative.

Elsewhere, the University of Nottingham has said its “recent new builds” include things such as biomass boilers, green roofs and passive design.

A School within a School 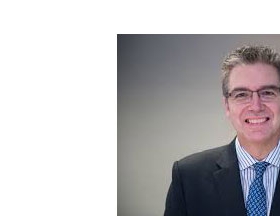 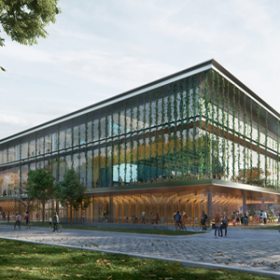 Arup go Dutch with the Echo Complex
Scroll to top