A row broke out over the future of school funding in Leeds, as council decision-makers approved a multi-million pound scheme to expand a north Leeds school.

Senior Labour and Liberal Democrat councillors hit back, claiming it was the Conservative government’s fault for not allowing local authorities to open new schools, leaving them needing to expensively expand existing schools in the district.

The comments came during a discussion on the council’s plans to permanently expand Allerton Grange school from 1,200 to 1,500 places.

The council agreed to allocate £2,151,200.80 to accommodate an extra 60 year seven pupils back in June, and a new council document states the scheme now needs an extra £5,051,606 to permanently increase the school’s capacity by 300.

It added costs had also increased due to Covid uncertainty, as well as access issues.

Cllr Andrew Carter (Con) said: “I am supporting the paper on the basis that we need school places – but I have a number of questions.

“The cost has gone up quite dramatically, partly because of access and highways issues – why was that not foreseen?

“To have overspends on items within the council’s own gift is somewhat concerning.

“The school itself was a PFI project – are we going to be paying PFI fees on any part of this work? It was part of the original building schools for the future programme.

“Is this a remnant of the past?”

Private finance initiative (PFI) is a type of scheme that was popular in the 1990s and 2000s in which new schools and hospitals were built in exchange for regular payments to developers.

The practice became controversial due to the high interest rates paid by the taxpayer on some of the deals.

Leeds City Council officer Tim Pouncey said: “We have set out the sort of fees we have to pay on these PFI schemes.

“Most fees are still to be negotiated depending on the level of work needs to be done, but as I rough guide I think it will be in the region of £70,000.”

The document stated: “The total estimated cost of the works including the existing approval for the bulge cohort inclusive of all development costs, fees (including PFI fees), construction, decant, utilities, loose furniture and equipment, off-site highways works, client held contingency.”

Current Government rules around education mean councils can no longer open new schools, and are only able to either approve new “free” schools set up and run by a third party, or expand existing schools under their control.

Other members of the executive board claim the government’s inflexibility on opening new schools have caused councils to spend disproportionate amounts of money on schools that otherwise wouldn’t have the space to expand.

Leader of the Leeds Liberal Democrats Cllr Stewart Golton said: “These inflated costs are a consequence of central government dominating how we develop our school portfolio in the city.

“The historic PFI requirements can be just as inhibiting as modern academisation requirements, and the inability of the council to decide where is best to educate pupils.

“Councils have to expand current sites to accommodate children they were not initially designed for.”

Leeds City Council’s executive member for learning, Cllr Jonathan Pryor (Lab), said: “Cllr Golton is right – the Government stops us opening new schools, these places and a lot of others across the city are expensive, but thats the price of them.

“I think this is a good scheme and delivers school places that we need.”

Leeds City Council leader Judith Blake added: “It’s disappointing to hear Coun Carter’s comments – at a national level, we have a cross-party consensus that local authorities not being allowed to open schools is unsustainable, untenable and not in the best interests of children and young people.”

Councillors voted to approve the scheme, which is expected to be completed by September 2021.

Designing a school in 15 minutes 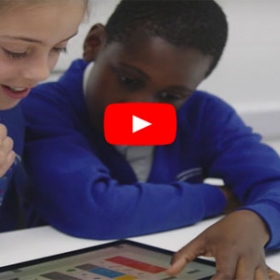 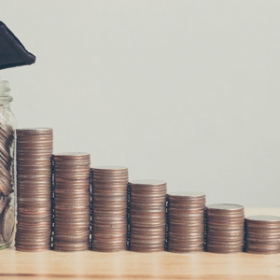 NO NEW SCHOOLS, NO NEW HOUSES
Scroll to top