Ocado has lost its legal bid to be allowed to build a distribution depot “a skipping rope away” from a north London primary school.

A High Court judge threw out the online supermarket’s claim for judicial review of a council decision to block the development.

The decision marks another major victory for the “Nocado” campaign organised by parents, pupils and teachers at Yerbury Primary School in Tufnell Park.

Yerbury headteacher Cassie Moss had said the proposed depot at the Bush Industrial Site opposite the school would have been “literally along the whole length of our playground”.

On Monday after Mr Justice Holgate dismissed the Ocado application she added: “The children, parents and residents in the community are delighted with today’s High Court judgement which vindicates the Council’s decision to stop Ocado opening an unlawful depot next to our primary school.

“Ocado can make as many attempts to greenwash as they like but ultimately this type of facility has no place next to schools and homes.  As the children have said all along, Ocado can find another site, we can’t find another school.”

Parent and campaigner Natasha Cox said: “Today is a landmark victory for common sense and the rights of communities. The verdict of Mr Justice Holgate sets a rightful precedent for prioritising children’s health over irresponsible growth of online deliveries.  There is a place for distribution centres but it is not a skipping rope away from primary school classrooms.”

An Ocado spokesperson said: “We are disappointed with today’s judgement. Our proposals for the Bush Industrial Estate are to build the greenest and quietest grocery facility in the UK with a 100% electric van fleet.

“We remain committed to the Islington community, where we delivered to one in six households in 2020, and will continue to look at how we can deliver a better service to the borough and significantly reduce our emissions.”

Islington council originally granted the site’s landlord a “lawful development certificate” in April 2019, but it was revoked in October last year.

The local authority said “false information” had been provided by Telereal Trillium and “material information (was) withheld” with regard to the nature and extent of the plan and the nature of the use and occupation.

In February Ocado applied for a judicial review to over-turn the decision. Pupils from Yerbury Primary School, which is attended by 450 children, had gathered outside the Royal Courts of Justice in London before the hearing and chanted: “Hey, Ocado, leave our school alone.”

On Monday, Mr Justice Holgate said in a written ruling: “Public confidence in certificates of lawfulness of an existing use or development must extend to the reliability of the information put forward by an applicant to support the grant of a certificate.”.

He added: “Telereal obtained a certificate to which it was not entitled on the basis of the information it provided and withheld.”

A spokesperson for Islington council said: “The High Court has today dismissed Ocado’s claim for judicial review of Islington Council’s revocation of a lawful development certificate for a site on Bush Industrial Estate.  We are pleased with today’s decision, and will now examine the judgment in detail.” 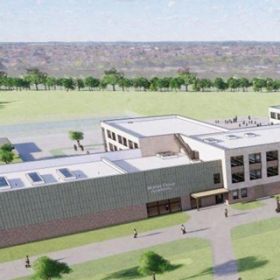 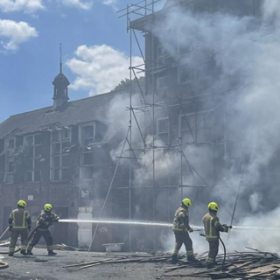 Another derelict school ravaged by Fire
Scroll to top