A new project in Madagascar is rethinking the building blocks of education – using 3D printing to create new schools.

Non-profit organisation Thinking Huts has partnered with architectural design agency Studio Mortazavi to create the world’s first 3D-printed school on the campus of a university in Fianarantsoa, Madagascar. It is aiming to tackle the shortage of educational infrastructure which in many countries contributes to fewer children getting a good education.

Using technology developed by Finnish company Hyperion Robotics, the school will be built using 3D-printed walls and locally-sourced materials for the doors, roof and windows. Members of the local community will then be taught how to replicate the process to build schools for the future.

In this way, a new school can be built in under a week, and with less of an environmental cost than traditional concrete-based construction. The 3D-printed buildings use less concrete than other methods and the 3D cement mixture also emits less carbon dioxide compared to traditional concrete, Thinking Huts claims.

The design allows for individual pods to be joined together in a beehive-like structure, and means schools can be easily expanded. The Madagascan pilot project also features vertical farms in the walls, and solar panels.

An absence of buildings to deliver education from is a significant hurdle in many countries, particularly in areas lacking skilled labour and resources for building. By using the technology to build schools, Thinking Huts is seeking to widen access to education – something which will become particularly important post-pandemic.

As part of work identifying promising technology use cases to combat COVID, The Boston Consulting Group recently used contextual AI to analyze more than 150 million English language media articles from 30 countries published between December 2019 to May 2020.

The result is a compendium of hundreds of technology use cases. It more than triples the number of solutions, providing better visibility into the diverse uses of technology for the COVID-19 response.

UNICEF and other organisations have warned of a learning crisis exacerbated by the virus, with 1.6 billion children across the world at danger of falling behind because of school closures aimed at containing the spread of COVID-19.

So, getting children back in the classroom as soon as is safely possible will be vital to continuing their education, particularly for those with limited access to the internet and personal learning devices.

The process of 3D printing, which is also known as additive manufacturing, uses a digital file to build solid objects layer by layer – meaning there is less waste compared to traditional methods, which often use moulds or hollowed out materials.

The machines are increasingly used in the production of everything from consumer goods such as sunglasses to industrial items such as car parts. In education, 3D modelling can be used to bring educational concepts to life and help build practical skills, such as coding.

In Mexico, it has been used to build a neighbourhood of 46-square-metre homes in Tabasco. The houses – consisting of a kitchen, living room, bathroom and two bedrooms – will be made available to some of the state’s poorest families, many of who earn just $3 a day.

The technology’s relatively easy portability and low cost has also proved vital in disaster relief. When Nepal was hit by an earthquake in 2015, a 3D printer perched on a Land Rover was used to help fix water pipes flown in as part of a relief effort, the Guardian reported.

3D printing is also being successfully used in the field of medicine. In Italy, start-up Issinova 3D-printed ventilator valves for COVID-19 patients when a hospital in the badly-hit region of Lombardy ran out of supplies. More widely, 3D printing could prove invaluable in making personalized implants and devices for patients. 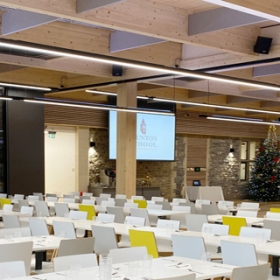 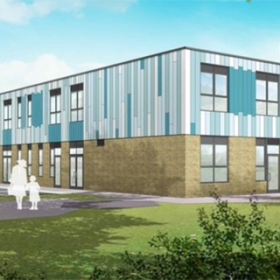