The new dining and catering facility, designed by Wotton Donoghue Architects (WDA), functions as a dual-use hall that can be subdivided using a 4m-high glazed acoustic screen, creating two separate dining halls for the junior and senior schools, which together seat up to 440 students. These spaces, each with in-built IT and AV facilities, can also be used for school functions and lectures and for wider community events such as weddings.

The timber-framed structure sits between two existing buildings, directly behind the school’s Grade II-listed Main Building, with a fully-glazed façade facing onto Densham Green to the north.

The dining hall is the first completed element of the masterplan, which WDA was commissioned to develop in 2017 for the school’s Staplegrove Road campus and replaces a tired former sixth form study space and overspill service yard.

Its structure is formed by a lightweight glu-lam birch frame, with its plan and structural grid aligned with the architectural axis established by the Main Building’s central stair tower.

The use of sustainable, self-finished materials is intended to create a visually warm open-plan space with good acoustics. The large expanses of floor-to-ceiling glazing to the north helps optimise daylight penetration, supplemented by rooflights and clerestory glazing on two sides, while turrets set at roof level assist in passive ventilation.

WDA were delighted to collaborate with the school to deliver this important new social space located at the heart of their campus, which now provides a real focus for social activity. Even in these current times it is showing its flexibility by providing the school with a dedicated onsite lateral flow testing centre.

The building form was derived from the axis established by the existing stair tower. The building’s structural grid was centered around this feature to offer the opportunity for the new building to showcase the restored heritage features of the listed building, while creating a strong architectural rhythm expressed internally by the glu-laminated frame. WDA collaborated with IESIS Structures, which developed the timber frame design principles pre-tender and subsequently progressed for construction by timber frame specialist Constructional Timber. The use of sustainably sourced timber for the frame enabled the design to achieve long-span, open-plan space in both directions, with tapered rafters aligned on the underside, set above a perimeter glazed clerestory, allowing the shallow roof to seemingly float over the vaulted dining hall interior.

WDA worked closely with Constructional Timber on the design and detailing of the frame, which adopts ‘concealed’ joints at the connections, allowing the frame to slot together on site relatively easily, with only one occasion where the largest timber mallet I have seen was used to ‘tap’ the beam into place!

The roof’s coffered timber frame pattern was carefully transposed onto the internal floor finishes below, where interlocking timber planks are arranged in a matching pattern to create a visually coherent interior. The choice of CLT and glu-lam frame brings warmth to the building’s interior and with a translucent fire-resistant coating enables the building’s frame to be expressed as the defining feature of the construction.

When Taunton School set out to construct the new whole school dining room and kitchen in the summer of 2019, we never in a million years expected what was to face the project team just six months later. With lockdown imposed and massive uncertainty around when works could recommence and ultimately complete the team at Wotton Donoghue Architects, QSPM and C G Fry pulled together in a supreme effort to formulate a plan. Works were suspended on site for five weeks but when they restarted there was a safe and deliverable completion programme, ready to go. The following three months saw an incredible concerted effort by the whole team to ensure the facility was completed and able to deliver meals when school returned at the start of September. With days to spare the project was handed over and opened with 450 breakfasts served to returning boarders. In normal times the facility will serve over 2,500 cooked meals every day.

The whole project, from inception to completion, has been professionally designed, procured, managed and delivered by all concerned and the success of this massively important scheme for Taunton School, which will benefit generations of students for years to come.

Taunton School is hugely grateful to the whole project team for helping us to achieve this significant milestone in our Strategic Estates Master Plan. 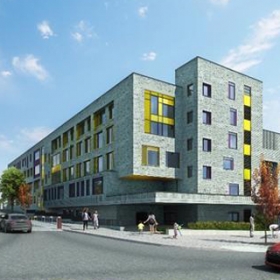 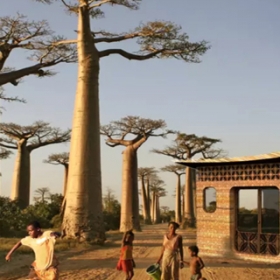