A historic school building in Newport which was closed a year ago over safety concerns is to be demolished and replaced before pupils can return.

Hundreds of pupils at St Andrew’s Primary School on Jenkins Street were unable to return to classrooms after “significant structural issues” were found at the school’s junior building last March.

At the time, inspections revealed a structural issue which Newport council said necessitated the immediate closure of the building for safety reasons. The issues were later found to be “more widespread than hoped” and around 340 pupils and staff – including all key stage two pupils and staff – have been taught in Newport Live’s Connect Centre ever since.

It has now been confirmed that the junior building will be demolished and replaced after Welsh Government approved a £10 million project to fund its replacement. Repairing the old building was investigated but ultimately not considered due to foundation defects at the site, as well as other problems.

It is anticipated that the current building will be demolished ahead of building a replacement, with clearance works planned for this summer to minimise disruption before the affected students return in September 2023.

Confirming £10 million will be added to the the scope of the Welsh Government’s Band B schools improvement programme, Newport council leader Jane Mudd said it was “great news” and that council officers “will work with colleagues in Newport Norse to develop designs for a permanent solution on the site”.

“It is expected that staff and pupils will be able to return from September 2023 and whole school can be reunited on one site. I would like to thank the staff, led by head teacher Jo Giles, governors and pupils for the resilient way they have dealt with this unavoidable situation,” she said.

Head teacher Jo Giles said: “While we continue to hold fond memories of the history of our previous St Andrew’s junior building, we are incredibly excited to hear this news”, adding that it would work alongside the council to plan and build the new junior school.

Chair of governors and the council’s deputy leader Councillor Roger Jeavons added: “I’m sure this wonderful news will be welcomed by the whole school community.

“All the dedicated staff have made sure that the children have settled in their temporary home and they are continuing to receive a first class education but I know will be looking forward to returning to a new building on St Andrew’s site next year.

“I’m saddened that we have to lose the old building that has served local people for more than 100 years but understand that this is unavoidable. However, St Andrew’s Primary School is about much more than the structures and its wonderful spirit and sense of community will live on in the new building.” 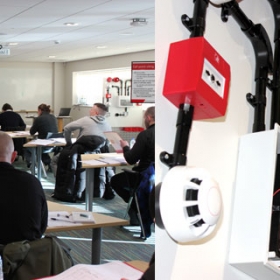 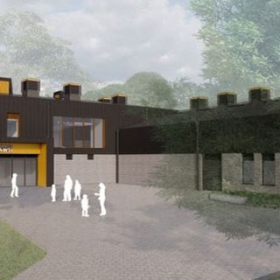 Three into One New School
Scroll to top