Plans to redevelop three primary schools in the south of Rhondda Cynon Taf have been approved.

They are part of an RCT Council 21st Century Schools funding bid to Welsh Government and the council hopes to deliver them by 2023.

The Pontyclun proposal involves the demolition of all existing buildings and the construction of a new net zero carbon school, with sports facilities including two enclosed multi-use games areas.

There will be 40 off-street parking spaces (10% of which will include electric vehicle charging points) provided at two new car parks and there would also be cycle storage.

The new school will accommodate 540 pupils, 480 between the ages of five and 11, and 60 nursery places with 39 full-time equivalent staff employed.

The planning report said the applicant has detailed the existing school buildings were constructed at various times in the past, with the earliest dating back to 1923 and the most recent in the 2000s.

It said that they have come to the end of their useful life and it would not be viable to renovate/extend them up to the standard required.

There have been nine letters of objection to this application saying it would be out of character with existing buildings in the area, potential overbearing, overshadowing and overlooking from its proximity to houses, Heol y Felin is already congested during school hours and the new development would exacerbate these issues and no thought has been given to the retention of the existing buildings adding that the 1923 building is of character and social significance within the community.

Other concerns focus on the construction period, pollution, a lack of notification for some properties and the potential for there to be hazardous substances in the existing buildings.

But planning officers recommended approval and said the development will “bring a state-of-the art facility to Pontyclun which will be of significant benefit to the pupils of the catchment area.

“The applicant also proposes a wider community use for some facilities which will be an asset to all residents of the town.”

They said the redevelopment works will result in a “substantial improvement to the visual appearance of the site” and they do not think it would result in a significant increase to impacts in the area.

A temporary school building and associated infrastructure will be needed during construction.

The plan which was approved for Penygawsi is for the demolition of the existing school buildings and for a new net zero carbon school with a nursery and school sports facilities like a seven-a-side grass football pitch and two enclosed multi-use games areas.

The new school will accommodate 355 pupils, 310 between the ages of five to 11 and 45 nursery places with 29 full-time equivalent staff being employed.

28 off-street parking spaces (10% of which will include electric vehicle charging points) will be provided at a new car park area between the school building and the play facilities and there will also be cycle storage.

The report said the applicant has explained the existing school building was constructed in 1975 and has come to the end of its useful life; and it would not be viable to renovate/extend it to bring it up to Welsh Government’s 21st Century Schools requirements.

There was one objection which raised concerns about the close proximity of the new school to nearby houses and the potential for overbearing, overshadowing and overlooking.

It also raised potential increased noise levels, increases to the already high volume of traffic, potential anti-social behaviour in an area between the school and the back gardens of houses, that it could exacerbate the water-logging of people’s gardens, the impact of construction activities on neighbours and the value of surrounding properties being reduced.

Councillor Wayne Owen said the plans are well overdue and he thinks the new school is going to be an asset to the area.

The redevelopment of Llanilltud Faerdref Primary School in Church Village includes the demolition of all existing buildings and the building of a new net zero carbon school building and sports facilities, including two multi-use games areas, a grass five-a-side football pitch and a 40m sprint track

It will also have a car parking area with 23 spaces including 10% electric vehicle charging provision and there will also be cycle storage.

No objections were received and planning officers recommended approval, saying it will bring a state-of-the-art facility to Church Village, which will be of significant benefit to the pupils of the catchment area.

They added that a wider community use proposed for some facilities will be an asset to all residents of the area.

They said the new building will form a marked improvement to the existing site and it is not considered the new building, or the wider development proposed, would result in a significant increase to impacts already experienced by neighbouring residents or to highway safety in the area.

The planning agent said the existing buildings are in poor condition and are no longer fit to support the needs of the curriculum for Wales.

He said the improvements are much needed to provide a school which is fit for purpose and accessible.

Councillor Ross Williams said: “I think it’s great to see such improvements on schools and I think if we want our children to thrive it’s great that we can give them the environment to do so.”

All three applications were approved with a condition related to safer routes to school.

UNSAFE SCHOOL TO BE REPLACED WITH NEW BUILD 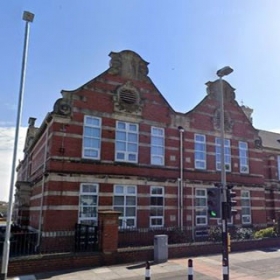 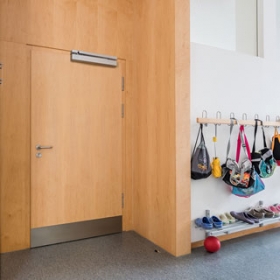