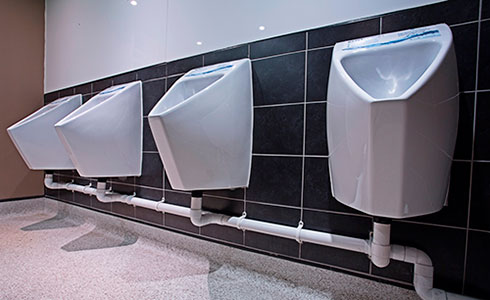 A warehouse in the Netherlands that has been dubbed “the world’s most sustainable building” features, amongst its energy and resource saving features, waterless urinals in all of its men’s washrooms.

The giant warehouse in the Dutch city of Tilburg, is owned by the Dutch arm of Rhenus, a multi-billion pound logistics firm with 660 buildings and 31,000 employees worldwide. It has over 13,000 panels on the roof of its new facility that provide energy to power its own production plus enough to supply around 750 households annually. This is just part of the building’s green credentials with rainwater used to flush the toilets, natural light maximised throughout, and waterless urinals installed in the men’s washrooms.

Increasing demand and rising prices for water requires more efficient use of existing resources to ensure a continuity of supply with minimal effect on the environment. Urinals traditionally use water in large quantities: up to 87,000 litres per unit per year. Designers and installers of public WC facilities can contribute towards reducing the impact of this demand by installing waterless urinals which worldwide could save billions of litres of water per year, over many years. Waterless urinals do not smell or become blocked and perform just as well as – or better – than flushed urinals. As well as saving water, waterless urinals save on installation and maintenance costs since they require no cistern or flushpipe. Waterless urinals from Relcross offer a cost effective and environmentally safe alternative to flushed urinals. They use the replaceable Falcon Velocity cartridge system with designed-in features to provide safe, long lasting, low odour performance for up to 7000 uses. The cartridges have an airtight seal combined with the liquid sealant that is estimated to be 500 times more effective than conventional P-traps. The latest generation Falcon cartridge also features an integrated diverter shield to splashing while helping prevent debris from entering the cartridge, an anti-splash pour spout which uses speed and direction to streamline urine through the pipes and is manufactured with 20% less plastic than its predecessors. Falcon Velocity waterless urinal cartridges from Relcross are also compatible with Armitage urinals. 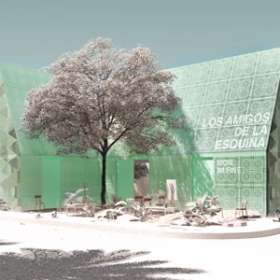 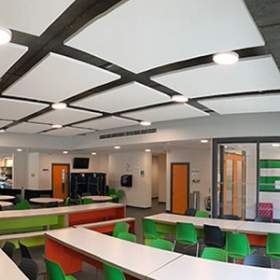 Energy expenses set to reduce by £8.7k at Leytonstone School
Scroll to top