A primary school could lose an award-winning multi-million pound building constructed less than four years ago.

Southwark council wants to cut the number of students each year at Ivydale Primary School in Nunhead by a third from 90 to 60.

The plans would see the school downsize to one building, with the closure of the £8million Inverton Road site which opened in 2018.

It was constructed to meet a surging demand for school places in Southwark and doubled the school’s capacity.

The building was awarded a prize by the Royal Institute of British Architects for its design.

But under plans to cut the number of reception classes from two to three, the building would no longer be needed.

Instead all pupils would be taught at the primary school’s Victorian site on Ivydale Road from September 2022.

Southwark Council intends to reduce the intake to 60 pupils from 2023 onwards.

Council documents say cutting the numbers of students “will help to right size capacity across the locality, and enable Ivydale to reorganise as a strong 2FE [two form entry] school.”

But parents have criticised the move, saying the school is popular and there is no need to reduce its intake.

A petition created by Peckham Rye councillor Victoria Mills demanding the school remain on two sites has been signed by almost 500 people.

It says: “We oppose Southwark Council’s proposals to close the Inverton Road building from September 2022 returning the school to a single site.

“Many local children will not be able to secure places at a smaller school.

“By moving to one site the remaining building and playground will be overcrowded. There will be 20 classes on a site that is capable of only accommodating 15 classes.

“We ask that the leader of Southwark Council and the cabinet member for children and schools reject these proposals and look for alternative ways to reduce deficits in the borough’s school budgets.”

Mills also tweeted: “Southwark Council’s proposal to return Ivydale School to a single site are wrong. Local councillors are opposed. This will be detrimental to kids’ education & to a school that is at the heart of our community. We are arranging a meeting with Leader of the council & Cabinet member.”

Another resident, Eli Marr, tweeted: “This is absolutely bonkers. This will not only impact education for the children, but also have a serious impact on the local community. Leave Ivydale school as it currently is. It’s an amazing school at the moment, which in turn creates a great local community.”

Commenting on the petition, one resident said: “This is an utter waste of a brand-new, award-winning school building, and appears to offer a reduced quality of education to children. If the purpose is to save money, there must be a better way.”

Another said: “All children need and deserve safe and enriching space in which to learn and play. Reducing the intake and taking away the extra space at Ivydale which so many people worked so hard for is a nonsensical decision on so many levels.” 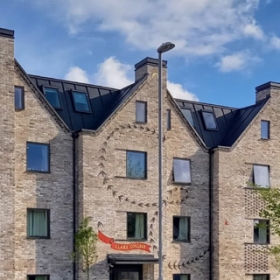 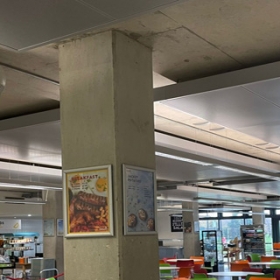