The Assembly Rooms was originally an 18th Century ballroom, before being redeveloped as a theatre in 1869 in response to Durham’s Theatre Royal burning down. Durham University took over the Assembly Rooms in 1930 and refurbished it in the 1950s so that it could start hosting theatre productions once again.

The latest redevelopment has repaired, restored, and improved the historic building, including the restoration of the 220-seat, 150-year-old theatre’s original ceiling and improved disabled access. The restoration also includes internal redecoration throughout, revamping the box office, refurbishment of all the toilets, replacement of the existing heating system and renewing and repairing all of the windows and doors.

The brief required a mix of contemporary architecture with modern lighting. Zumtobel worked with Armstrong Rhead Consulting Engineers, to offer the right combination of aesthetics, performance, and energy efficiency. The lighting solution was complicated, as some areas could only be surface mounted and the walls, as well as, certain points of interest, needed to use a small light source to maintain an open space feel. Some areas also required a pendant luminaire to create visual interest, so a variety of track and pendant luminaires were selected.

Zumtobel’s track mounted SUPERSYSTEM II illuminates the entrance area with its wall wash attachments and individual recessed spotlights. This slim-profile LED spotlight track system for low-voltage lighting applications, is 1 inch wide and provides a full range of lighting options for general, accent, direct, indirect, and wall-washing applications in lumen packages up to 1,250 lumens. The versatile trackheads are available in mini, midi, and maxi sizes and with a variety of beam options including, superspot, spot, flood, wide flood, oval outline vertical, framing, wall-washer, and line. The LED modules are available in 2700K, 3000K and 4000K.

ONDARIA suspended luminaires allow directionally neutral placement in the entrance area. The circular luminaire allows for fully flexible positioning and complements a variety of different room concepts. The subtle indirect lighting component creates a floating impression and the clean, design gives ONDARIA a modern appearance. Whether recessed, surface-mounted or as a pendant luminaire – the clear geometry enhances the architecture without detracting from the interior styling.

The offices are illuminated with VAERO, a streamlined fitting that discreetly fits into any room architecture and, when switched off, its transparent lighting wings are hardly detectable. What remains is a narrow middle bar that conceals the flat converter box. When switched on, the lamp transforms into a magical light object, frameless and transparent, with a super-thin light-emitting surface that perfects the purist design. The essential requirement for the unique design of the VAERO pendant luminaire, with its invisible qualities, is the state-of-the-art Side-Lit technology. This guides the light from the linear light source into the transparent light conductor panels and distributes it evenly from the centre to the edge.

Slim and elegant CAELA LED luminaires have been installed on the first floor stairwells to add a decorative touch behind the scenes. The common origin of the extraordinarily slender CAELA is a standard surface-mounted fitting, which, depending on the model, is developed into a round or square luminaire with a symmetric or asymmetric beam. This enables each luminaire to be mounted to the ceiling and wall without additional accessories. There is also the possibility to change the luminaires at a later time, thus changing to a different size, beam or shape. The pendant set accessory transforms the surface-mounted luminaire into a pendant luminaire.

The theatre will be a home to local theatre companies ‘Grim Up North’ and ‘Elysium Theatre’, as well as the Durham University Students Theatre, with a very exciting program of events planned for everyone across the county for staff and students alike.

For more information on Zumtobel please visit the website www.z.lighting 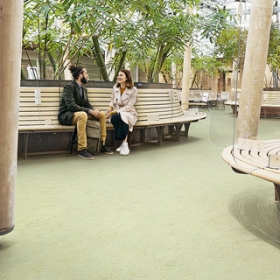 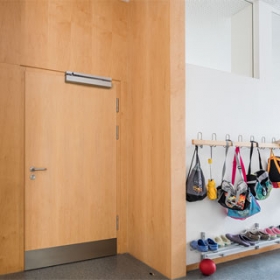 RAISING THE STANDARDS OF FIRE SAFETY
Scroll to top