Manchester City Council is proposing a 92,000 sq ft secondary school on the site of the former Showcase Cinema on Hyde Road in Gorton.

The school would be operated by the Co-Op Academies’ Trust, which runs 25 education facilities in the North of England.

The 1,200-place facility, designed by Space Architects, would be built by contractor Sir Robert McAlpine to open in time for the 2022/23 academic year, subject to planning approval.

There would be a three-storey main school building linked to a sports hall block of two-storeys. In addition, the project features a 93-space car park, a drop-off area, grass football pitches and tennis and basketball courts.

Manchester City Council has highlighted the need for an additional secondary school in East Manchester to serve the area’s growing population.

Built in 1989 as part of the Belle Vue entertainment complex, the 14-screen cinema closed permanently in March 2020 at the start of the Covid-19 pandemic and the 13-acre site is now owned by the city council.

Tetra Tech Planning is the planning consultant, BDP is the M&E engineer, and Hoare Lea is the fire consultant.

A separate application for the demolition of the 60,000 sq ft former cinema building is to be lodged in due course, according to the planning consultant.

The council had planned to build a 1,200-place school on Nutsford Vale in Gorton, but the authority scrapped its plans in favour of the Showcase site following opposition from local residents. 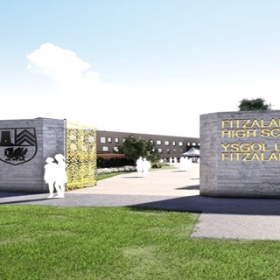 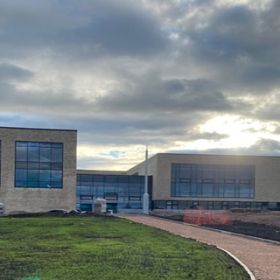