At their meeting on Monday, October 4, Cabinet Members considered a list of proposed investment projects, using additional funding available due to the revised 21st Century Schools Strategic Outline Programme. Having been recently approved in principle by Welsh Government, the Council’s allocation has risen significantly from £167m to £252m, making an extra £85m available.

The funding will help deliver key commitments via Band B of the 21st Century Schools and Colleges Programme – including improving special school and Welsh language provision, delivering further 21st Century facilities, and increasing community facilities as part of these developments. The potential schemes put forward for Cabinet’s consideration on Monday included:

Cabinet agreed with the recommendations of a report, to formally approve the development of the above revised Programme. Members also agreed to receive further updates on each of these new projects as they progress through the formal funding approval processes by Welsh Government.

As each of these projects is progressed, any statutory consultation that is required will be undertaken in accordance with the School Organisation Code 2018, while the Council’s financial contribution will be reported to Full Council.

Cabinet also considered a separate report during Monday’s meeting, which provided more detail on the proposal for a new special school. It follows Members’ agreement in February 2021 for a detailed review into the pressures on local special schools, with the intention of bringing forward investment proposals to improve current facilities and meet growing demand.

The updated report confirmed that pupil numbers have further risen to 600 in September 2021 (up from 577 last year and 483 in 2013/14) – and it seems inevitable that pupil numbers will continue to grow. The report added that there is likely to be a future increase in the complexities of learners’ needs.

The report concluded that the only feasible alternative to meet pressures is to build a new special school – increasing the number in Rhondda Cynon Taf from four to five. It would be a highly-specialist 21st Century special school environment with access to therapeutic facilities, equipment and resources.

Cabinet Members agreed with the recommendations of the report, and will therefore receive further updates as the proposal develops and progresses. An appraisal on several potential sites for the new school is in its final stages.

Councillor Joy Rosser, Rhondda Cynon Taf Council’s Cabinet Member for Education and Inclusion Services, said: “On Monday, Cabinet Members had their first opportunity to consider these new proposals, brought forward due to the extension of the strategic outline programme to include an additional £85m Welsh Government funding. While at a very early stage of developments, the projects represent exciting further investments in 21st Century education facilities for the benefit of even more of our staff and pupils.

“The £85m proposals are over and above our existing programme under Band B of the 21st Century Schools and Colleges Programme. These include the new £10.2m building for Hirwaun Primary School which pupils have been able to enjoy since November 2020, and the £12.1m and £4.5m projects for Ysgol Rhydywaun and YGG Aberdâr which started on site earlier this summer.

“Meanwhile, a planning consultation is underway for a new Welsh Medium primary school in Rhydyfelin, and design is nearly complete for new buildings at Pontyclun Primary, Penygawsi Primary and Llanilltud Faerdref Primary – funded through the Mutual Investment Model (MIM). New all-through schools in Pontypridd and Hawthorn are also being progressed by the Council, as well as a new sixth form teaching block at Bryncelynnog Comprehensive.

“I’m pleased that Cabinet has now agreed for the proposed new projects to be further developed, and updates will be brought forward on each in due course. Carrying on our excellent track record of delivering state-of-the-art 21st Century education facilities, the new schemes would benefit existing schools in Llanharry, Cymer, Glyn-coch, Penrhys, Llantwit Fardre and Talbot Green.

“Specific schemes for Ysgol Llanhari and Ysgol Cwm Rhondda would also enable more learners to be taught through the medium of Welsh, as we continue to improve our Welsh language provision as outlined in the Welsh in Education Strategic Plan. All proposed projects would also be net zero carbon in operation, helping towards our Climate Change targets and commitments.

“Cabinet also considered a second report, which outlined a recent review into the current capacity pressures across our four existing special schools. It highlighted the continued growth in pupil numbers, the projected increase in the complexity of learners’ needs in the future, and the limitations of current sites. Members agreed with the report’s conclusion that a new special school is the best option to provide a solution, and will help those with the most significant Additional Leaning Needs access the best possible provision.”

Since receiving approval in 2017, a number of investment projects have been progressed, including:

New School at the Heart of New-Build Homes Community 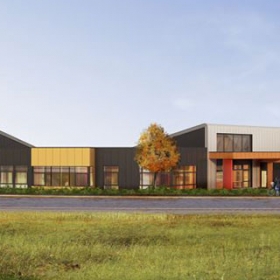 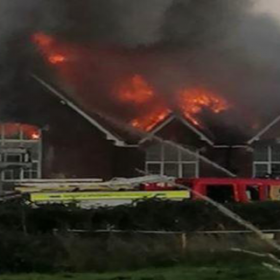 FIRE LESSONS MUST BE LEARNED
Scroll to top