A South Derbyshire secondary school could be getting a multi-million pound extension to cope with the rising pupil numbers due to new homes being built in the area.

Plans are also set to include the expansion of the existing car park too.

Due to the expansion of other existing buildings, the car park will be reconfigured resulting in a loss of 23 current spaces but there will be an overall increase of 35 parking spaces.

If the application, submitted to South Derbyshire District Council, gets the go ahead, it will increase the school’s capacity for 11 to 16-year-old pupils from 1,800 to 2,100, and its sixth form from 313 pupils to 400.

A report submitted alongside the application says: “Additional accommodation is proposed to support the expansion of the academy from 2,113 to 2,500 pupils, meeting current demand for pupil places in the academy’s catchment area.

“The main purpose of the proposed accommodation is to support the expansion of the school to meet increased demand for pupil places in the area. Without this expansion, local children may be faced with having to travel outside the local area and catchment for their education. School expansion is imperative for the school to continue to provide education opportunities for its local community.”

The report also noted that during the plan’s consultation period, there were comments from local residents and businesses who were concerned about existing and proposed traffic around the main

The report said these concerns were addressed with the individuals directly “to explain how the proposals go a long way to increase parking provision on site and move pupil/parent parking/drop off to the overflow parking area away from the main entrances”.

The academy has been expanded over the years and there are now 15 faculty buildings, including the joint-use Etwall Leisure Centre, but excluding the Sure Start Children’s Centre building., the report says.

A decision is due to be made in the next few months by the district council. 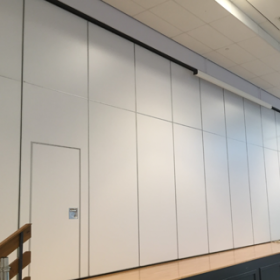