CALLS have been made for sprinklers to be compulsory in all new or refurbished schools.

Swindon-based insurers Zurich Municipal have urged MPs to review the law – while people are asked to help get the issue debated in parliament.

Figures obtained by the company showed firefighters from Dorset and Wiltshire were called to 66 fires at schools across the two counties. They included 16 suspected arson attacks, such as the blaze that destroyed part of Ivy Lane Primary School, Chippenham, in 2019. Sprinkler systems were fitted in just three out of 66 incidents.

It is not currently mandatory for sprinklers to be fitted in new school buildings or as part of major refurbishment projects.

Tilden Watson, Zurich Municipal’s head of education, said: “An alarming number of school buildings pose a high fire risk – yet many are poorly protected against a potential blaze. Unless ministers bring England into line with other parts of the UK, large fires will continue to blight schools. This is harming children’s education and putting lives at risk.

“As well as protecting pupils, sprinklers drastically reduce the extent of damage when there is a blaze, often confining the fire to a single room. It costs far more to repair fire-ravaged schools than it does to install sprinklers.

“Even so, cash strapped schools cannot be expected to pick up the bill. The government’s Covid-19 investment is a critical opportunity to ensure schools are more resilient to fire.

“Unless minsters change the law on sprinklers, much of this funding will be wasted on repairing the fire damage that sprinklers could have easily prevented.”

An online petition calling for a change to the law has already been signed by more than 2,000 people. If it gets to 10,000, the issue could be debated in parliament.

The service’s Group Manager Tim Gray said: “The effect of a fire on the school, its students and staff and the wider community cannot be underestimated. Rebuilding costs, disruption and loss of crucial course work all add to the significant impact that fire damage can cause.”

Nick Coombe of the National Fire Chiefs Council, which is campaigning on the issue of school sprinklers, said: “The case for sprinklers is compelling. Of almost 1,000 fires over five years in buildings where sprinklers were fitted, our research found they controlled or extinguished blazes in 99 per cent of cases.

“Sprinklers can dramatically reduce fire damage, making the reopening of a school much easier. This not only minimises the disruption to a pupil’s education, but also the impact on their family, the community and the wider education establishment.” 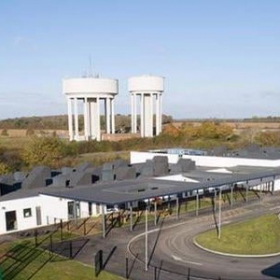 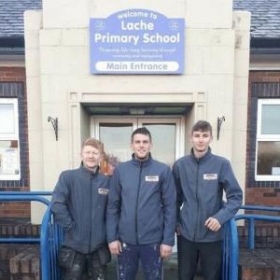