A multi-billion pound investment in new schools and rebuilds will serve as “a legacy for generations”, according to Gavin Williamson.

The Education Secretary says his flagship policy – which will initially see 50 schools rebuilt and 21 constructed – will play a major role in improving pupils’ education experience after the pandemic.

He said the West Midlands was at the forefront of his plans, which he insisted would boost the post-Covid economy and help the region get back on its feet.

South Staffordshire MP Mr Williamson told the E&S he wanted to see schools reopen “at the very earliest opportunity”, and that he was hopeful of a return for pupils by the target date of March 8.

He said: “The investment we are making in these new buildings will be a legacy for generations.

” As we come out of this pandemic the whole focus has to be on building back better. This is a real example of how we are doing that.”

School rebuild projects are ‘only just the start’

At some point, hopefully in the not too distant future, education in this country will return to some form of normality.

Schools will reopen, pupils will go back to the classroom and exams will take place, all in a post-Covid world where nothing will be quite as it was before.

The challenges will be immense though not insurmountable.

Thousands of children will have missed more than six months of schooling and will need to catch up with missed learning.

Those from disadvantaged backgrounds will be worst hit, meaning there is a distinct possibility that the educational divide will widen drastically.

Other problems such as the deepening crisis in the mental health of youngsters, and a lack of resources in many schools – an issue which dates back long before the pandemic – will need to addressed.

None of this is lost on Gavin Williamson, the under fire Education Secretary who after a year to forget is unsurprisingly looking to the future following the announcement of his flagship policy.

More than £1 billion will be invested in rebuilding 50 dilapidated schools, while 21 new free schools will be built, creating 15,500 new school places.

The programme has been more than a year in the making, before everything was put on hold and school closures and the exams fiasco ensued.

South Staffordshire MP Mr Williamson, who had the final say on the transformative plans, said the programme is “just the start” of work that will see up to 500 rebuilding projects over the next decade.

And he says many of them will be in the West Midlands, a region he feels has fallen behind some other parts of the country.

“There is more to come and I want to see more new school buildings and more rebuilds,” he told the Star.

“We have set out a 10-year programme and I very much want to see Staffordshire, Shropshire and the Black Country among the key beneficiaries of that.”

Meanwhile a new secondary school will be built by Star Academies in Wolverhampton, creating much needed space in a city which has seen a population explosion in recent years.

In Staffordshire, the John Taylor Multi Academy Trust will build a free school for 1,400 pupils on the site of the old Rugeley Power Station.

It is no accident that the first phase of the scheme has targeted the north and the Midlands – where more than 70 per cent of the rebuilding projects will take place.

“I have felt for a long time that Wombourne High School needed some real improvements to its structure. I visited the school just last year to see the brilliant work that goes on there.

“I just know that it will be enhanced for those children by the fact that they will be learning in brand new facilities.

“It’s the same with St Peter’s [in Wolverhampton]. Obviously the most important thing that impacts children is the standard of teaching, and it’s what goes on in lessons that is really transformative.

“But improving facilities can really make a big difference – and the building of new schools is also important.

“Bringing a leading academy chain into the centre of Wolverhampton is going to transform the educational chances of so many young people in the city.

“With the investment that is going in around the country – over £2 billion worth of new school buildings are going to be going up – that’s incredibly good for education.”

Mr Williamson said the rebuilds will include new classrooms, science labs, sports halls and dining rooms. No individual budgets have been released yet, although the average is £20m for each school.

He said he wants children to be back in classrooms as soon as it was safe, saying online schooling was no substitute for face-to-face learning.

However, he is clear that this cannot happen until the pressure has lifted on the NHS.

Case rates, although falling, are still too high. As are the number of deaths – more than 6,500 in this region alone since the start of the pandemic, and around 300 over the past week.

He is hopeful that youngsters will start to return to classrooms by March 8, with parents given at least two weeks notice in advance.

He also pointed out that a number of plans are already in place to support education.

An education recovery commissioner has been appointed, tasked with overseeing a catch-up programme for those who have missed out on learning during the pandemic.

And the skills for jobs white paper has been published, unveiling plans to bring employers and colleges together to develop local skills improvement plans, as well as an offer for all adults to achieve a Level 3 qualification under a lifetime skills guarantee.

Mr Williamson said: “We want to be seeing all schools reopen at the very earliest opportunity, but the investment we are making in these new buildings will be a legacy for generations.

“It’s also fantastic for the economy, in terms of construction, industry, jobs and skills.

“As we come out of this pandemic the whole focus has to be on building back better. This is a real example of how we are doing that.”

‘ECO CLASSROOM’ THE FIRST IN YORKSHIRE 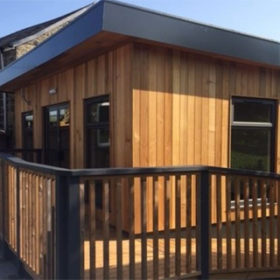 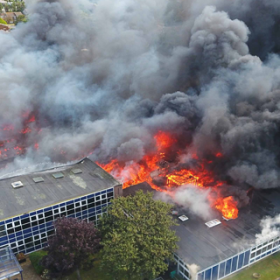