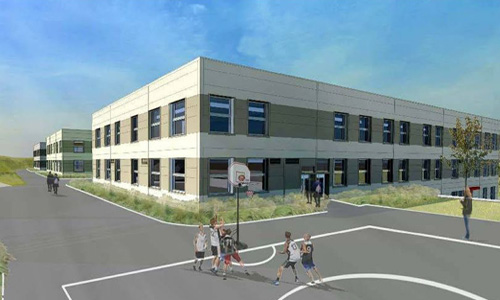 The saga over the new building in Diggle has lasted almost a decade.

Supporters of a new £19m Saddleworth School can breathe a sigh of relief after the threat of another judicial review has been lifted.

The controversial proposals to build a replacement high school in Diggle were approved for the second time in less than five years by Oldham’s planning committee in February.

The saga over plans to build a new Saddleworth School has been rumbling on for nearly a decade.

Proposals to relocate the school from its current site in Uppermill to a new facility in Diggle were first approved by Oldham’s planning committee in 2015.

But it was then overturned by a High Court Judge in 2017 following a judicial review.

Mr Justice Kerr ruled the council’s decision was unlawful, stating that the initial committee had ‘never addressed’ the potential harm to heritage assets.

That ‘David and Goliath’ battle was led by community campaigner Keith Lucas, who took the case to court on behalf of the Save Diggle Action Group.

After the second approval was granted earlier this year, headteacher Matthew Milburn told the Local Democracy Reporting Service that they couldn’t rule out a second legal battle.

However the strict timeframe in which a judicial review can be lodged after a decision has now expired – meaning the plans are free to go ahead.

Saddleworth North ward Councillor Garth Harkness said he was ‘delighted’ that a new school could finally be built at the former pallet site off Huddersfield Road.

He said: “I have always been clear from day one that I want a new school wherever the Education Funding Agency saw it as appropriate.

“It has been clear for some time that that place was Diggle.

“There has been a lot of strong feeling about this and at times I have been met with abuse. We now need to move on from this.”

Headteacher Mr Milburn had told councillors they had been waiting ‘ten years’ for a new school.

He explained they were having to spend a ‘disproportionate amount’ of their budget in maintaining the school, off High Street, that had ‘passed its sell by date’.

Former head boy Joe Wheeler, had described the conditions as ‘surreal’, with crumbling plaster, leaking roofs and flooded classrooms, and tiles being blown off in strong winds.

Planning officers had argued that the impact to the heritage assets on the site of the WH Shaw former pallet works in Diggle – namely the Grade Two listed office building and clock tower – was outweighed by the ‘substantial benefit’ of a new school.

It was suggested that the listed office building could be used by the school to preserve its heritage, with the possibility raised of it being turned into a library.

Coun Harkness added: “Some people will not be happy with the outcome and there has been a lot of contention.

“We now need to make it work for everyone and deliver the new school.”

An off-site parental drop-off area, as well as two residents’ parking areas, highways alterations and works to the access road to the former factory site will also be created. 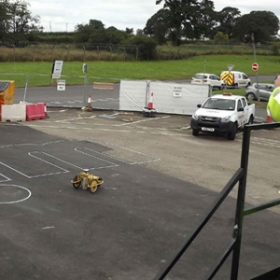 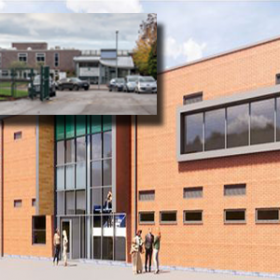 Green Light hoped for by Derbyshire School
Scroll to top