It follows the expansion of three secondary schools this year more than 600 extra school places are set to be created to help ease the pressure on the city’s secondary sector.

Stoke-on-Trent City Council hopes to secure £11.5 million of Government funding for the major expansion programme in 2021/22.

It will give parents more choice and help prevent dozens of pupils being turned away from some of the most popular schools.

Details of which academies will be earmarked for expansion have yet to be decided.

But three high schools have already agreed to take more students and are having £1.9 million worth of building work done in 2020/21.

A report states: “Expansions at secondary schools and other sites are determined by a number of factors, principally the anticipated surplus demand in a local area.

“Evidence and admissions trends, including the numbers of first preference applications, are considered alongside the projected changes in demand in future years.

“Other factors can also impact on the choice of expansion site, including the suitability of the school building or site to expand.”

In 2020, all 14 high schools in Stoke-on-Trent were full again, despite some of them increasing their intakes. Altogether, 85.5 per cent of the 3,326 Potteries pupils transferring to Year 7 got their first choice.

But there wasn’t a repeat of the chaos experienced the previous year when some families were allocated schools over the border in Newcastle or up to three bus rides away.

Now the local authority is planning ahead so it can accommodate children in future years. The Government has so far come up with an ‘indicative’ grant to create the extra places.

It comes as the Department for Education is also considering a bid to open a free school in Stoke-on-Trent, which would cater for 11 to 16-year-olds.

Educo Academies Trust has been exploring a site in Meir for the proposed Florence MacWilliams Academy.

Discovery is already creating capacity for an extra 60 places and Excel for an additional 30 places.

Simon French, CEO Alpha Academies Trust, which oversees the two schools, said: “Our secondary academies have been over-subscribed for the last few years and we are working closely with the local authority to support the increase in popularity and demand for places.

“Confirmation of this growth funding will enable more students to attend their first choice of secondary school at both the Excel Academy and Discovery Academy.

“As part of our growth plans, we have considered carefully how students will benefit from high standards in teaching and learning and how buildings will need to expand in order to offer a state of the art learning environment. This is a very exciting opportunity that will directly benefit our local community”.

This year, £3.487 million is being invested in the city’s school capital programme. Alongside the work on the three high schools, it includes:

St Teresa’s could be turned into a two-form entry school if the changes go ahead. It follows plans for a major new housing development off New Inn Lane in nearby Trentham.

Headteacher Nathan Price said: “Our governors have said it’s something they would be willing to do. But at the moment, we haven’t got the classroom space for additional children.” 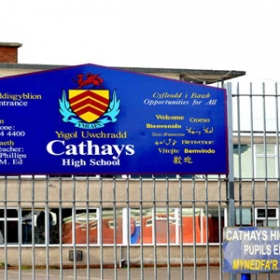 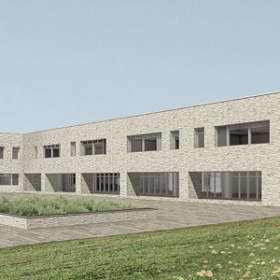 NO HOLD UP FOR £40.9m ACADEMY PROJECT
Scroll to top