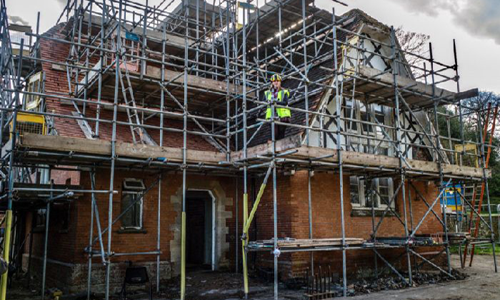 Work has begun on the creation of a new nursery at a former school in the heart of the Lincolnshire Wolds.

‘Little Ormsbees’ will be based at a 19th century former school in South Ormsby, following an extensive restoration and refurbishment project.

The nursery will cater for up to 24 children aged up to four when it opens in September.

The former school was built for children from the villages of : South Ormsby, Ketsby, Calceby, and Driby by Marie Jeanne Massingberd, a french governess from Versailles who became the dowager of the South Ormsby Estate.

The school taught thousands of children over its long history, and maintained a close connection with the Massingberd-Mundy family which owned the estate for almost four hundred years.

The school closed in 1974, with its pupils transferring to a new school in Tetford.

In the decades since, the Old School has been used for community events and exhibitions, but has largely been left unused.

When ‘Little Ormsbees’ launches this autumn, it will be run by nursery manager Leanne Gains, who is beginning the nursery after spending ten years in a senior role at an award-winning nursery elsewhere in the county.

As well as having a degree in Early Childhood Studies, the mum of two has qualifications in first aid, forest school training, and food hygiene.

Leanne said: “It’s really exciting to be opening my own nursery, which is something I’ve always dreamed of doing.

“I think Little Ormsbees is exactly what parents are looking for and I can’t wait for when we welcome our first children.

“The old school building is absolutely perfect. It’s in a wonderful location where children can play and learn in the heart of the Lincolnshire Wolds, and it will have all the facilities and space we’ll need to be a first class nursery.

“It’s also fitting that the old school will once again be used for education and childcare, which is what it was created for all those years ago.”

Little Ormsbees will be the only nursery within a seven mile radius, and is located a short distance from the A16 and Bluestone Heath Road.

The nursery is designed to support children and parents in nearby villages as well as Louth, Horncastle, Spilsby, and Skegness.

Damien Howard-Pask, spokesman for the South Ormsby Estate, said: “For many years, this area has needed more childcare facilities in order to help young families to stay and settle in the area.

“When Leanne came to us and offered to open a nursery within the old school building, we were blown away by her obvious passion, talent, experience and personality.

“You couldn’t wish for a better person to run a nursery and we’re really excited to give her this opportunity.

“Teams are working hard to restore the old school building, with expert conservationists helping to preserve and protect its historic features while bringing it up to modern standards.

“It’s a beautiful building with a long history, and we are pleased to be beginning a new chapter.”

For further information about the nursery, visit www.southormsbyestate.co.uk/little-ormsbees or contact Leanne and the Little Ormsbees team by emailing thebeehive@littleormsbees.co.uk 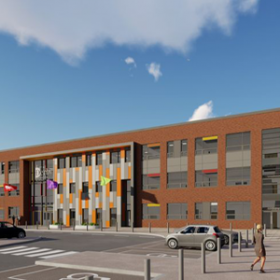 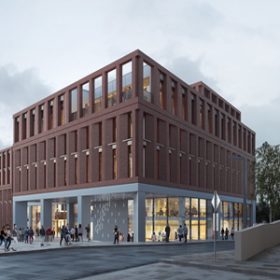