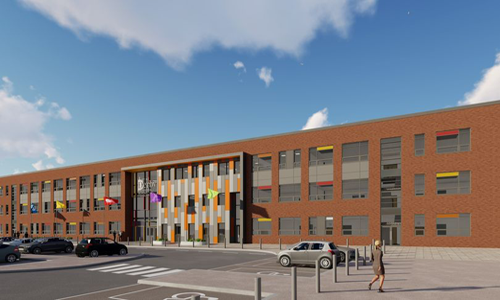 Work is finally due to start on building a new school on the former Friar Gate Goods Yard site this month.

The planning application for the new Derby Cathedral School has been approved – seven months after it was expected to be given the go-ahead.

A start on the new school had been delayed due to the need to address the issues relating to the site, concerning issues including drainage and traffic.

The project is particularly complex as the site at the former Friar Gate Goods Yard has been unoccupied and undeveloped for many years.

This means the planning process has been rigorous, especially given the significance of the development of a new school in the city and the prominent location of the new building.

The delay means the 1,260-pupil school will start its third year of operation in expanded temporary accommodation in Midland House, Nelson Street.

A school spokesman said: “The space available at Midland House is more than sufficient to host a further cohort of students on a temporary basis and the Trust is supportive of the plans to refurbish an additional area within Midland House for use by the school which will ensure additional specialist teaching facilities.”

The Department for Education, which has procured the Great Northern Road site, is currently working with the appointed contractor, BAM Construction, to produce a revised timetable for the works which will include a planned date of occupation of the new site.

The Trust will update parents and pupils on the target date for occupation and contingency planning as well as progress on site as soon as possible. 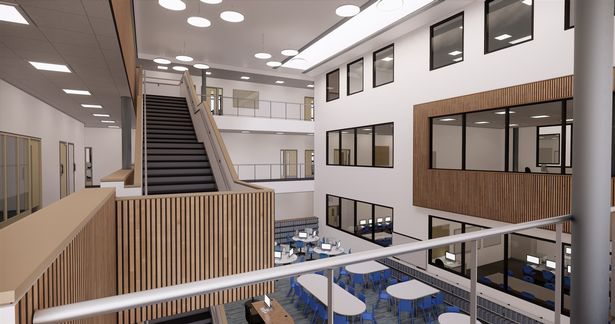 Mark Mallender, chief executive of the Derby Diocesan Academy Trust, said: “We are delighted that planning approval has now been secured for this historic development of the first secondary phase Church of England school within the Diocese of Derby.

“I appreciate that our parents, carers, staff and students have been concerned with the time it has taken to make this announcement and I am hugely grateful for their ongoing support for the school.

“We are incredibly excited to see progress on site at the former Friar Gate Goods Yard and we are looking forward to occupying the high-specification, state-of-the-art buildings and facilities our students, staff and communities deserve.”

It was concerns about traffic congestion in the area around Uttoxeter New Road and Great Northern Road which prevented Derby City councillors voting through the plans last July.

Responding to the application, council officials said they feared that the length of queues around the site, particularly in the morning, would cause a rise in emissions and, as a result, have a negative impact on air quality in Uttoxeter New Road and Stafford Street – the latter of which is already subject to a clean air order by the Government.It was decided that the final planning approval should be left with officers once the problems around the site had been overcome.

The new building will be three-storeys tall, take up 8.6 acres of the former goods yard, include a separate sports hall and be built out of red brick to match the long-derelict Grade-II listed Bonded Warehouse.

It would also include dark grey and coloured cladding panels.

A two-story sports hall would include four courts, changing rooms, a fitness studio and staff room.

The school would also have several outdoor sports courts for basketball, netball, tennis and handball, along with grass pitches for football, rugby and hockey, a running track and long jump pit and further space for athletics.

In January, it was announced that the founding head teacher of Derby Cathedral School had resigned and will leave at the end of the current term.

Gordon Inglis had already been absent from the school because of health issues and, on January 6, an interim head, Dr Paul Heery, had been appointed.

But last week, parents of the 360 pupils at the school were sent a letter announcing that Mr Inglis would be leaving and thanking him for his leadership under which the school opened originally in September 2018.

It is understood that an announcement about the appointment of a new head teacher is imminent. 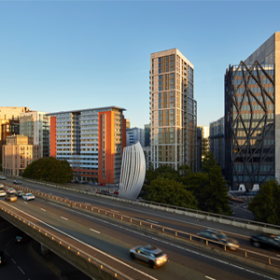 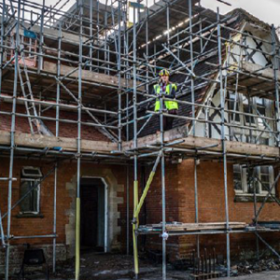 19th Century School to be Restored
Scroll to top