Councillors are due to agree on the new facility which would be developed for Maryhill pupils and fills a gap left when Wynford Primary School closed in 2009.

Situated on the playing fields at Queen Margaret Drive, the building would replace the former Wyndford Primary School, while providing a new facility to accommodate Glasgow’s soaring population.

Included in the proposals, which would benefit 378 children, is an 11-a-side 3G pitch, games area and flexible teaching spaces.

Proposals would also see the existing blaes pitches at the Queen Margaret Drive playing fields upgraded to a 3G synthetic surface which would be floodlit and available for community use outwith school hours.

Inside the school would sport a multi-purpose hall, library and multiple spaces for teachers and staff to relax during lunch.

A key responsibility of Glasgow City Council is to ensure there is a sufficient number of primary and secondary school places to meet demand short and long term.

Despite agreeing a new school should be created, concerns have been raised from politicians and members of the public regarding the suitability of the proposed facility ahead of this morning’s planning committee.

Councillor Ken Andrew said: “I am aware there has been more development in the area recently and I do agree there is a need for a new school but it would be in the wrong side of the catchment area.

“The old Wyndford Primary school is still standing. The council would save money if they spent £5m renovating the old building rather than forking out £23m on a new one which wouldn’t even be in the right place.

“Dunard Primary School is another non denominational school which is near this site. This planning application makes absolutely no sense.

“It would be nice to have a nice new shiny school but it needs to be on the correct site.”

A total of nine objections have been submitted to planning department.

Residents are worried that the development will “add significantly” to rising emission levels as the school would be on a busy road making it difficult to access by foot.

Mr Andrew continued: “About a year ago I went to one of the public consultations regarding this proposal. There was a great deal of anger from people who attended.

“I am concerned that the problem with the catchment area will not be taken into consideration by the planning committee.

“They should also be considering methods of transport to and from the school and how children will get there safely.

“We are supposed to be encouraging active travel but this development will encourage more parents to drive their child to school.

“Maryhill Road is already a busy thoroughfare and this will cause even more congestion and mayhem. “

Green from the ground up 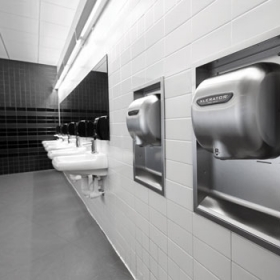 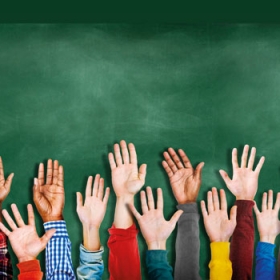