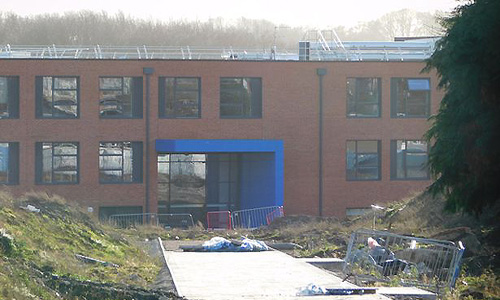 Construction on a new secondary school in Derbyshire – which began four years ago and was hit by the collapse of Carillion – is now finally due to be completed.

Work began on the new David Nieper Academy in Grange Street, Alfreton in 2015.

However, the grounds have been left looking like a deserted building site for well over a year, after the construction giant in charge of the scheme fell into liquidation.

At the time, it had 420 UK public sector contracts.

In February, the Local Democracy Reporting Service visited the site and saw piles of unused pipes, fencing, rubble and mounds of soil surrounding the new academy.

In total, the project was due to cost £15 million, but due to the delay, this is likely to have increased.

The new cost of the school has not yet been revealed due to commercial sensitivity.

Rubble and fencing is strewn across what is supposed to be the newly built entry way for David Nieper Academy in Alfreton (Image: Derby Telegraph)

Carillion was the chosen company contracted by the Department for Education as part of its Priority School Building Programme (PSBP).

This programme aims to repair or replace the schools most in need of support.

The Department for Education has now appointed a new contractor, VolkerFitzpatrick Construction, to finish off the school and its open spaces and playing fields, and the aim is to have it all completed by autumn.

VolkerFitzpatrick is an established building firm and its recent work includes the £40 million redevelopment of Gatwick Airport train station, a £27 million upgrade of train stations in East Anglia, a £20 million combat systems academy in Portsmouth and the Sheffield Supertram Rail Replacement Scheme.

Construction on the main school buildings themselves was completed in February 2017 and it has provided education for 850 pupils since then.

However, two-and-a-half years on, it is the landscaping of the school grounds which has been left covered in rubble, soil, security fencing and pipes.

Pupils and staff are having to use an alternative entrance, via the neighbouring Woodbridge Junior School.

This involves walking down a narrow corridor of more security fencing and more rubble.

Dr Kathryn Hobbs, head teacher of David Nieper Academy, said: “We are delighted that work has restarted on our grounds.

“The new contractors, VolkerFitzpatrick Construction, have made an excellent start and have worked very closely with academy staff to ensure that teaching and learning is not impacted by the work.

“We are all very much looking forward to the completion of our academy grounds in the autumn term which will further enhance our wonderful new buildings and facilities.”

David Nieper became an academy in 2016 after being rated inadequate by the education watchdog Ofsted. An academy receives funding directly from central government, and operates outside of the county council’s control. Academies have more control over behaviour policy, curriculum, opening hours, staff pay and uniform.

It became the first school in Derbyshire to be sponsored by a local company, David Nieper Ltd, a women’s fashion retailer which is based in the town.

It was the UK’s second-largest construction company, employing 20,000 workers in the UK and 43,000 staff worldwide.

The Wolverhampton firm had debts of £1.5 billion and a £587 million pensions shortfall. 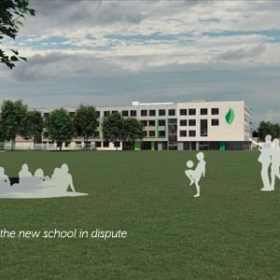 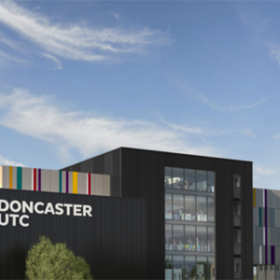