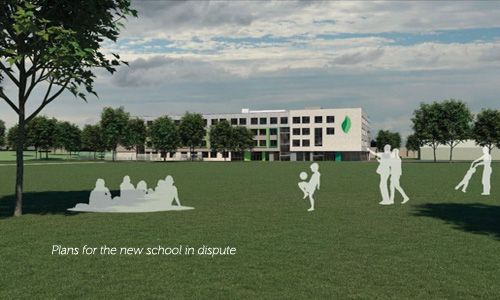 A frustrated councillor claims Lib Dem leader Ruth Dombey is “playing politics” by opposing current plans to build schools in her own ward.

Catherine Gray, Conservative councillor for Sutton West, says “subjective” concerns over proposed designs for the Rosehill Recreation Ground development should be put to one side given the shortage of secondary schools places in the borough.

Ruth Dombey, council leader and representative for Sutton North, refuses to back the plans in their current form as an independent design panel has recommended improvements.

Cllr Gray, 34, who has a daughter entering year five, said: “The design of any building is subjective.

“I’d rather my kids are educated in an ugly building, as long as it’s clean, functional and has the right facilities, than in unreliable temporary buildings.

“I think Cllr Dombey is acting in her own interests as the development is in her ward. She’s trying to keep her constituents happy.

“Given where we are, I think design concerns have to be put to one side.

“The design of a building doesn’t guarantee a good education, and the Council has a legal duty to ensure children have a school place.”

In March, the Lib Dem-controlled council announced an extra 134 secondary school spaces were needed in the borough.

The proposed plans would see a non-selective secondary comprehensive and a specialist school for children with autism built on the brownfield site, which was formerly an all-weather sports pitch.

Subject to planning permission, the schools are due to open in 2021 but it is understood plans are being put in place to open a temporary site next year to meet demand.

However, a temporary site can only be put in place if planning permission is granted. If it is not, existing schools may be asked to make room for children without spaces.

The Council hired an independent design panel to review the plans, which “recommended various improvements.”

These were then put to the developers behind the project, most recently in May, who refused to make any changes.

Cllr Dombey said: “We understand and support the need for a new school and see that the proposed location is the best that can be found.”

“I think it’s a shame they’ve just come up with a four-storey block, with no character.

“The experts have said they could do better, so they should try harder.

“We oppose the school in its current form.” 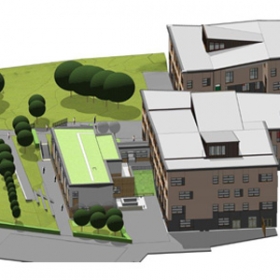 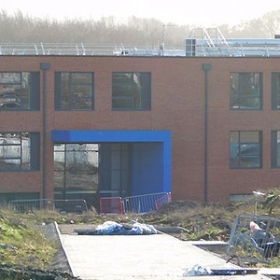