The COVID-19 pandemic saw many schools closing their doors for extended periods, causing real disruption to children’s education and an underlying fear of contagion for families and the wider community. Michelle Jensen, Superintendent at the Deerfield Community School District, Wisconsin, USA, talks about opening her school after lockdown. She explains why she decided to install a Thermo Scientific™ AerosolSense™ Sampler as an ‘early warning system’, helping to keep students safe by identifying airborne virus particles possibly before symptoms appeared.

Deerfield Community School District is a small community comprising one elementary and one high school, with a combined total of approximately 735 students.

As the superintendent, Michelle oversees all the educational programmes, facilities and daily operations of the district – from early childhood through to the twelfth grade – and, more recently, including the management of COVID-19 infection.

Michelle explained: “During the pandemic, I participated in a routine county meeting in which Professors Shelby and David O’Connor from the University of Wisconsin presented their research on SARS-CoV-2 using the Thermo Scientific AerosolSense Sampler coupled with PCR testing. They wanted to find schools that would participate in a project using this device, so I leapt at the opportunity. This air sampler is designed to deliver timely and highly reliable insight into in-air pathogen presence, allowing communities to confidently monitor air quality and maintain the overall health of public buildings.”

AerosolSense Samplers were placed in high traffic areas – in a stairwell of the elementary school and in the high school hallway.

Michelle took the opportunity to involve the children themselves in the whole project from the start as the samplers were easy to implement and use, and involved simple workflows that were not as tasking as some might think. “Engaging children in science is a fantastic thing to be able to do, so I asked high school students and a sixth-grade class in the elementary school to sign up as volunteers to get involved. The pupils were excited and generous with their time, making a stop on their way to lessons in the morning and ensuring that the cartridge was taken out at the end of the day. They also had a call with one of the scientists from Thermo Fisher Scientific, who went into great detail, describing how the highly sensitive machine works and how air particle information is collected.”

Clear communication of these activities and the results obtained from the samplers was key, not just to pupils, but also to individuals in the wider community, as it made it easier for them to accept and adapt to any school-related changes that might be enforced. Michelle added: “The families of the students have been extremely happy, both with the extra surveillance, and with the children actively participating in the science in which we live. At the outset, we were testing twice a week and being completely transparent about the findings with the staff, students and their families, also reporting the results at the board meeting every two weeks. We had negatives for a very long time but, when the Omicron variant began to become prevalent in late December 2021 to early February, there was a surge in positive cases, even in a fully masked environment. More recently, I’ve been happy to see that we’ve been getting negative cartridges.”

“Overall, we found that getting data from the AerosolSense Samplers allowed us to effectively inform pupils and their families – some of whom may be vulnerable – when someone in the community was testing positive, so that the appropriate precautions could be taken. Our student tracker was closely monitored to identify any symptomatic individuals if we had positive cartridges, and parents calling in sick children were strongly encouraged to get tested, whether by PCR or rapid test, as this was a clear indication of the presence of SARS-CoV-2 in the air. The AerosolSense Samplers provided close to real-time validation of the presence of SARS-CoV-2, which the school nurse found helpful when monitoring the illness tracker and talking with families.”

Ultimately, AerosolSense Samplers can identify high risk areas where there is higher transmission and, by doing so, it is possible that only individuals who were in the affected location need to be tested. This could help to reduce testing costs and, rather than shutting down the whole school, only those who have tested positive for COVID-19 can be sent home, lowering the risk of transmission.
The future of air sampling innovations

As we now hopefully emerge from the pandemic, much of the population is fully vaccinated, and it is no longer mandatory to routinely test. However, with the threat of new variants on the horizon, as well as other debilitating infections that can cause mayhem in vulnerable communities, an early warning surveillance that flags new outbreaks would be very valuable, and the experiences of Deerfield show just how easy this is to implement.

Michelle concluded: “Being involved in this project has given us a massive opportunity, and I am curious to see how communities like ours will be able to use this technology to monitor their environments in the future, whether for detecting new emerging variants of SARS-CoV-2 or for a broader array of respiratory illnesses.” 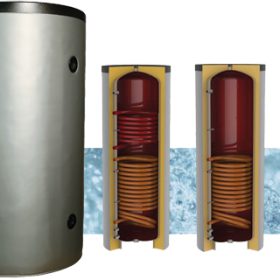 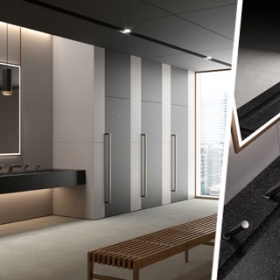