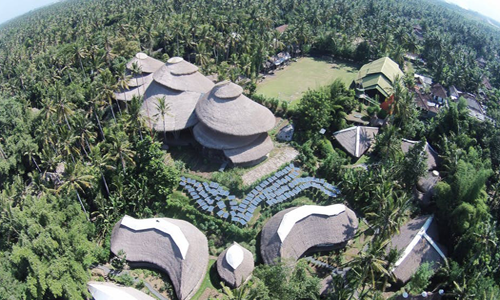 Bali’s Green School recently celebrated its first decade of educating toddlers through teenagers (and their digital nomad parents) about eco-ethical design and cooperative living. Set in a village near Ubud, this tropical jungle campus of quirky bamboo pavilions has become a globally influential exhibition of one of this century’s significant architectural trends.

There is a major renaissance in correctly growing, cutting, treating, drying and laminating bamboo so it can be used with confidence for substantial and near-permanent structures. Much of the inspiration for this has come from Green School founders John and Cynthia Hardy and their daughter Elora. Their TED talks and YouTube videos have been widely watched.

Bamboo always has been a basic construction material in tropical latitudes. But generally it has been used for inexpensive shacks, stalls, fences, scaffolding and sunscreens. If not treated, bamboo is highly susceptible to fire and naturally degrades within two or three years, because insects and fungi rapidly devour the sugar-and-starch-rich sap inside the canes.

In Bali during the 1990s, Irish-Australian designer Linda Garland pioneered contemporary uses of bamboo. She worked with University of Hamburg scientist Walter Liese to treat bamboo against the ravages of powderpost beetles and turn it into a commercially viable building material.

One essential preparation technique is to drill through the centres of the canes with long steel rods, then apply repellent and fire-resistant chemicals. Often this involves a soaking solution that includes borax salt powder. The bamboo is then dried out for several days to weeks. 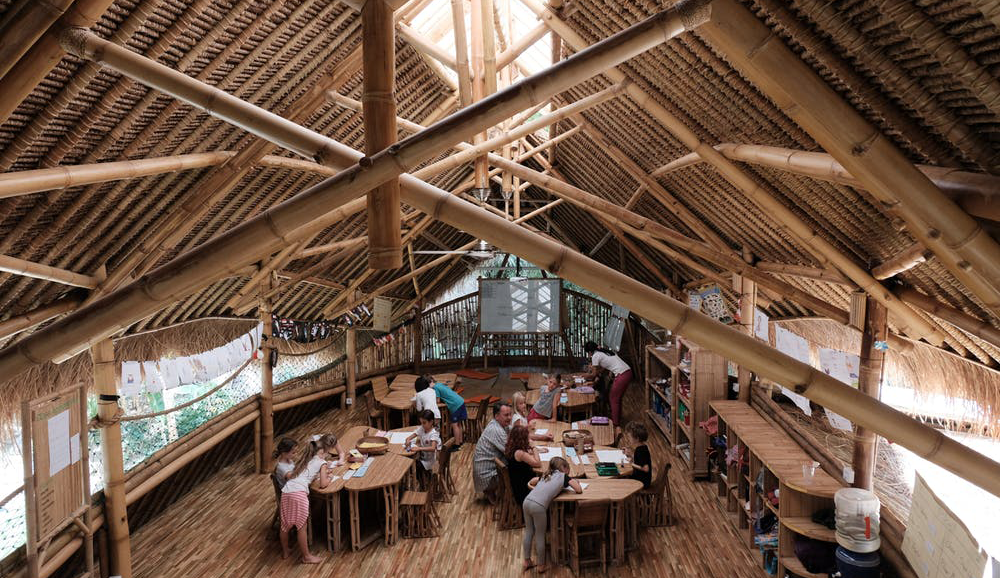 Some Chinese bridges date back as far as the 10th century AD. Floating villages (bamboo platforms with clusters of huts) supported dozens of families as recently as the 17th century.

The bamboo bridge at the Green School has an ancient inspiration. Davina Jackson, Author provided

In Ecuador, archaeologists found a bamboo funeral chamber carbon-dated to 7500 BC. Ecuadorian bamboo, known as caña de Guayaquil (or Guaya), is exported to Peru, Colombia and other Latin American countries. Here bamboo buildings tend to be weatherproofed by thick coatings of mud. (David Witte has written a thesis on historical and contemporary bamboo buildings in South America.)

The irregular, sinuous structures of the Green School seen from above. John Singleton, courtesy of Green School Bali, Author provided (No reuse)

These outré styles obviously have been influenced by the trans-millennial technology revolution in digital modelling and manufacturing. Extremely asymmetrical architecture can now be fabricated precisely with metal, glass and masonry components.

However, the Hardys and their international team of bamboo building experts craft small-scale physical models of their designs. The artisans then copy these models on site at full scale. This manual system need not stop designers from sketching initial concepts on their screens.

Elora Hardy talks about the potential of bamboo, as both a sustainable resource and inspiration for innovative buildings.

What happens at the school?

The Green School educates more than 500 students from pre-kindergarten to Year 12. It complements standard curriculum subjects with various practical tasks and projects that build healthy and ecological skills and habits. Teachers, and parents co-opted as project leaders and mentors, encourage pupils to design and build specific structures that provide useful amenities for the campus.

One recent middle-school project produced a series of tiny shelters as quiet retreats. Each one is to be occupied by only one child at a time. A campus guide notes that Sir Richard Branson recently climbed into one of these cubby houses, a tiny netted bamboo platform hanging from a tree branch, without upsetting the apparently fragile enclosure.

Elora Hardy’s team at architecture, interior and landscape design company Ibuku designed and made most of the school’s buildings. They also have created yoga and cooking school pavilions, hotels, houses, restaurant interiors and permaculture gardens around Bali and in some Asian cities.

An affiliated venture also operates Green Camp residential courses for children and their parents visiting for one to 11 days. Their meals are cooked with vegetables grown at the Hardys’ Kul Kul permaculture farm.

A global embracing of bamboo

Many bamboo buildings today include timber or concrete slab floors because these can be laid consistently flat. But researchers at Empa, the Swiss materials research academy, have developed highly durable and temperature-inert floor and deck boards made with a composite of bamboo fibres and resin. These prototype boards are being tested in one of the Vision Wood student apartment modules slotted into Empa’s NEST testing facility at Dübendorf.

Meanwhile, the Green School is expanding from Bali. An associate campus opens next year on the west coast of New Zealand’s North Island – where bamboo is not naturally grown or legally used as an architectural material. Instead the Taranaki school will build aerial classrooms – pods on poles – using various local species of pine. 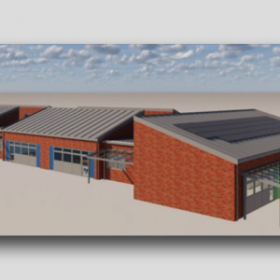 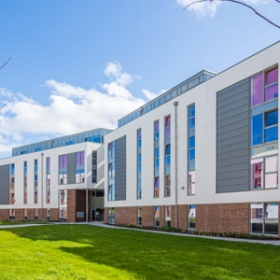