China’s top disciplinary authorities are investigating a case in which a county in Northwest China’s Shaanxi Province spent over 700 million yuan ($101 million) to build a luxury middle school shortly after it had been lifted out of poverty, triggering public concerns over formalism in lower-level governance, media reported Tuesday.

According to a report published by the Xinhua News Agency on August 13, Zhen ‘an county, a deeply impoverished county in Shaanxi, had just been lifted out of poverty in 2019. Although the county has annual fiscal revenues of less than 200 million yuan, it spent 710 million yuan on a “luxury middle school,” leaving the county deep in debt.

According to the report, the county government now has to repay at least 50 million yuan in loans every year for the next 12 years.

The school campus has a number of facilities that have nothing to do with education, including a traditional style gate, a four-layer fountain, 16 stone carps, a 50-meter-long, 15-meter-drop waterfall cluster, pavilions, rockery, trestle road and stone arch bridge.

The report drew wide controversy online, with many netizens questioning whether the campus is a school or a holiday villa.

Design on the campus began in 2015 and construction started in 2017. On July 31, the campus was officially put into use, with senior students moving in to the campus and beginning their summer classes.

Following the public controversy, the school has suspended the classes and all students have left the school. Outsiders are not allowed to enter it.According to media reports, the four-layer water fountain is being dismantled, and several large excavators were seen operating on the campus and a number of muck trucks entered and left the campus gates. Police were on duty around the campus and passers-by were not allowed to stop and take photos, China News Week magazine reported on Monday.

In addition to the fountain, the gazebos near the falls are also being removed, the magazine reported.

The Xinhua report said the design could be related to the county’s recent development plan, which aims to build Tang Dynasty-style architecture to boost local tourism and cultural exchanges.

In response to the media’s questions, Jia Jiangang, head of Zhen’an county, said that the new campus aimed to solve the problem of large class sizes in urban schools. The project’s approval and financing were in line with policy and regulations, and all procedures had been completed, he said.

DON’T LET GERMS HARBOUR ON YOUR DOORS OR WALLS 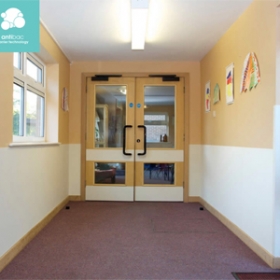 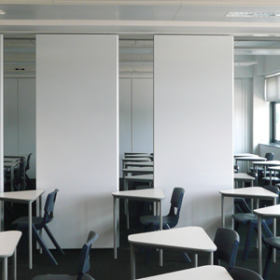 Flexible education space in a post-virus world
Scroll to top