A new secondary school needs to be built in a town to cope with the demand of large-scale development, councillors say.

Concerns have been raised that an increasing number of families are seeing their children miss out on places at their preferred schools in Shrewsbury, with the pressure expected to mount even further in the coming years as more and more houses are built.

Bowbrook councillor Alex Wagner says he believed the issue stems from developers and Shropshire Council failing to properly plan for population growth, and selling “false promises” to buyers about availability of school places when new homes are built.

Two recent developments in Councillor Wagner’s ward – totalling 800 houses – recommend schools to potential new residents which have long since closed or have never existed, as well as fee-paying schools and one which is not even in the county.

Councillor Wagner said: “Large-scale developers don’t know Shrewsbury at all well.”One new site in Bicton Heath recommends the Wakeman, which closed years ago, and ‘Shrewsbury Secondary’ which doesn’t exist, to potential buyers. “Another statement recommends Shrewsbury School, which with fees of £9,000 per term isn’t viable for the vast bulk of residents, and Walton High School, which is 30 miles away in Stafford. The future-proof planning our town needs isn’t there. “Developers and the council need to be held to account on the big promises they’ve made on schools.”

Councillor Wagner said the current situation means many families are forced to go with whichever school has room – whether it is the best school for their child or not.

And with part of Bowbrook ward falling within the catchment area for the Corbet in Baschurch as well as town schools, Councillor Wagner said some children were being “pushed out of Shrewsbury despite living there and growing up there” as a result of the lack of places.

He said: “I’ve had parents in Bowbrook wanting the best for their children but being told they can’t get into their first, second, or third choice of secondary school.

“We all know how long waiting lists are, we all know how much development is planned, the council need to make sure developers aren’t selling a false promise to buyers and that they are held to account on local school needs.

“We need a new secondary school in Shrewsbury to do that, there is no other route.”

The Liberal Democrat group has said it will be pushing the issue at a cabinet and full council meeting next month.

Councillor David Vasmer, Liberal Democrat group leader, said: “The Conservative policy in Shropshire is to develop and develop and worry about the implications and lack of infrastructure afterwards – it isn’t good enough and residents in Shrewsbury are seeing through it.

“We need solid commitments from the council on this now.”

“In partnership with key stakeholders, it is proposed to develop plans for meeting the future demand for secondary school places in Shrewsbury.”

The council says a new block of five classrooms at Meole Brace School, expected to open later this year, will help to address school place pressures in the town. 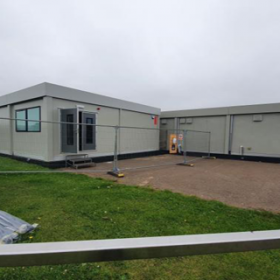