A new primary school is rapidly taking shape after the first buildings were lifted into place ahead of its opening later this year.

The landing ceremony was celebrated last month at the Ebbsfleet Green Primary School where the first units for the 420-capacity school were craned into place.

A virtual tour of the school in Ebbsfleet Garden City – due to welcome pupils from September – has also been released to give parents and children the first glimpse of their new school.

The school, which is run by the Maritime Academy Trust, will teach children from the garden city as well as helping to cope with increasing school place demands in Dartford and Gravesham.

The whole structure is built off site and then lifted into position using a 200-tonne mobile crane.

He added: “Once the individual modules are connected together the building will be fitted out.The buildings which will make up the new Ebbsfleet Green Primary School are lifted into place. Picture: Ebbsfleet Green

“This modern, innovative method of construction has many advantages, including improvements in productivity, significantly reducing on-site waste and clear benefits in terms of quality, cost, and health and safety.”

As well as the modern classrooms, the school features a large open plan library at the entrance which is said to reflect the school’s emphasis on reading.

The light and spacious new rooms will be focussed around a large central courtyard overlooking grounds which will include a wildlife area, a dipping pond to explore life underwater as well as a vegetable garden pupils will help to plant.

Final groundworks will be completed by August allowing the first classes from the nursery to Year 3 to move from their temporary home at Bligh Infant and Junior School in Strood ahead of the new school year.

Various projects to mark the opening of the school are taking place to symbolise the historic moment. 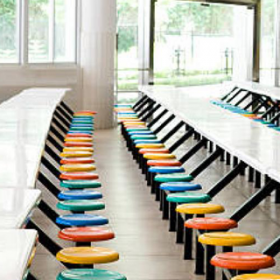 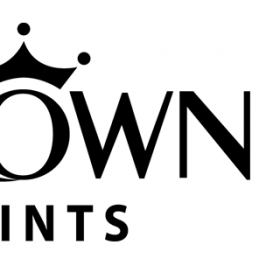