Dales Park School in Peterhead, one of the schools proposed to be relocated to the Peterhead Community Campus.

Public consultations over the future of three north-east primary schools are to be moved online due to the current lockdown.

Aberdeenshire Council’s education and children’s services committee approved the consultations to be held over the relocation of the Anna Ritchie School, and another on the merger of Dales Park and Meethill Schools, all in Peterhead.

The schools are proposed to be moved into the new Peterhead Community Campus, which was given the go-ahead in 2018, and the location of the site at Kinmundy approved in 2019.

In October last year, councillors also agreed to adopt the proposal to move Peterhead Academy into the new community campus.

As part of the process, statutory consultations are running for both the Anna Ritchie School and for Dales Park/Meethill Schools.

Both are scheduled to finish on February 26.

An online meeting will take place for Anna Ritchie on Wednesday at 6pm, via Microsoft Teams.

A letter sent to parents and carers of pupils at Anna Ritchie School stated that its meeting would no longer be able to go ahead in person due to the current lockdown.

It said: “Due to the current Covid-19 restrictions we are unable to hold the face to face public meeting; however, the virtual meeting will take place as planned at 6.00pm on Wednesday 20 January 2021.

“It is not anticipated that the end date for the consultation will change; however, if current restrictions continue you will be notified if this becomes necessary.”

Meanwhile, a further virtual meeting is scheduled for February 3 at 6.30pm, which can also be accessed via Microsoft Teams.

Previous reports to council said that the replacement merger of Dales Park and Meethill Schools would address issues relating to condition and suitability of existing buildings.

The new school building would also have a ‘positive sustainability implication’ and the design and operation would be environmentally and energy-efficient.

At Anna Ritchie School, the move would also see youngsters relocated to a purpose-built area of the campus.

Previous feedback received from parents and carers, as well as staff showed that there was a strong feeling that the school should be moved, rather than merged with others on the campus.

Questions can be submitted ahead of the online meetings by emailing LearningEstates@aberdeenshire.gov.uk

Invites to teams meetings have also been sent to parents and carers via email. 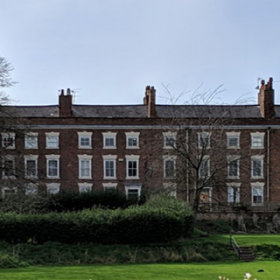 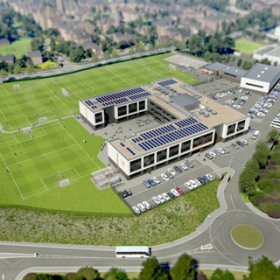 BAM Construction has started work on a £29m high school in Dartford, Kent
Scroll to top