A school in Sydenham is expected to be “significantly demolished” and rebuilt to be make it compliant with planning permission after the outcome of an inquiry.

Lewisham Council was involved in the planning inquiry after contractors for the Archdiocese of Southwark failed to comply with planning consent when building a new school.

Our Lady and St Philip Neri Primary School is undergoing re-development in partnership with the Archdiocese.

In 2016, Lewisham approved plans to demolish the existing buildings on the OLSPN site in Sydenham Road and build a three-storey school.

But after construction began it became clear that the building “varied significantly from the original planning permission granted”, leaving residents, councillors, and the local authority very concerned.

The main issues of contention are to do with design – the type of cladding that was installed, the type and size of windows, the roof, guttering, and drainpipes, external lighting, and air vents.

The height of the building, work on which has since halted, is also a concern.

The Archdiocese submitted a section 73 application, that would allow it to vary the agreed conditions. This was rejected by the council in May 2019.

Lewisham issued an enforcement notice in October of the same year ordering the Archdiocese to either rebuild the school in a way that is compliant (Option A) or make a series of changes to the build, including replacing the cladding and windows with what was originally agreed (Option B).

During the inquiry it was clarified that Option A requires rebuilding “in accordance with the approved plans”.

“It does not of itself require demolition, although it is of course highly likely that there may be significant demolition in order to achieve Option A,” according to the council.

Following the inquiry, the planning inspector has ordered that Option B be taken off the table.

The inquiry specifically looked into an appeal from the Archdiocese on the enforcement notice, as well as an appeal on its section 73 scheme refusal – both were dismissed by the planning inspector in a decision published on May 12.

The appellant argued that the proposed options, which also included two more later put forward by an architect for the council, were not “viable”.

They said the section 73 scheme “achieves most closely the ascertainable design intentions of the consented 2016 scheme” and “it is clear that the 2016 permission is unimplementable”.

The council argued that the “built scheme does not comply with policy”.

“In essence, it is low quality, poorly detailed, and is harmful to the character and appearance of the local street scene,” it said.

The planning inspector, Zoë Franks, heard from concerned residents, architects for the Archdiocese and council, planning consultants, the school’s headteacher, and councillors during the inquiry.

Julia Webb, who lives close by, represented Fairlawn Park Residents as a Rule 6 party at the inquiry.

The Rule 6 party said that the council failed to properly reconsult neighbours once the extent of the planning breaches were acknowledged.

FPR said the scheme as built is “unrecognisable” from the approved development, while the building is too tall, overbearing and “looms over the neighbourhood”.

The section 73 scheme used a Wetherby render in a grey colour instead of a panel cladding system as originally consented to.

Ms Franks said: “The use of the proposed render, which would not appear as a high-quality material if used at such volume in this location, would cause the building to appear overly prominent and large, and cause material harm to the street scene.”

The windows as fitted are not the size agreed in the original planning consent – the same goes for their placing and their frames.

“The windows installed on the first floor of the northern elevation do not align fully with the ground floor window openings which creates an awkward and unsymmetrical arrangement and adds to the harm caused to the street scene,” the inspector concluded.

She described the roof profile as “clumsy”, while the pitched roof would also would “look clumsy and add to the feeling of bulk which would cause harm”.

“For the reasons set out above, the proposals would cause material harm to the character and appearance of the area which is in conflict with development plan polices relating to the attainment of a high standard of design.

“The appeal should therefore be dismissed unless there are any material considerations which indicate otherwise,” she said.

The Archdiocese also argued that demolishing or making substantial alterations to the school would not be in the interest of pupils, and said it could potentially result in the closure of the school.

The inspector concluded that it is “in the short and long-term interests of the community as a whole, and of the current and future pupils” that the school is of a “good design which is not in conflict with the development plan and the framework”.

Ms Franks added that the appellant failed to present “compelling evidence” as to why the school would have to close permanently.

She added that there are several options available to the Archdiocese and school, such as working over holidays over several years or by decanting part or all of the school for a shorter period of time.

The inspector concluded: “The harm caused to the character and appearance of the area by the section 73 scheme would be significant and would not be outweighed by consideration of the best interests of children taken alone or in conjunction with the other considerations as set out above.”

She also dismissed the enforcement notice appeal and removed Option B – she said Option A is “clear and precise”.

The Archdiocese has applied for the council to cover all or some of its inquiry costs, labelling the planning authority “unreasonable”, having caused “unnecessary or wasted expense”.

It said the council delayed the development “which should clearly be permitted”, made “vague, generalised or inaccurate assertions” about the proposals’ impact, and was slow to act after their appeal was lodged.

But the council has urged the planning inspectorate to throw out the costs application.

“The council is firmly of the view that the appeals were not able to be avoided, this application for costs is fundamentally unreasonable,” Lewisham said in its response, adding both parties should cover their own appeal expenses.

The decision on costs will be made at a later date.

ALTRO WALKWAY ADDS TO SIMPLE AND LIGHT AESTHETICS ON CAMPUS 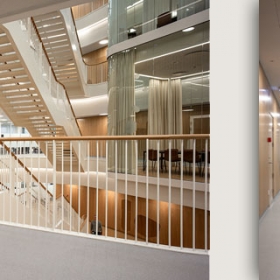 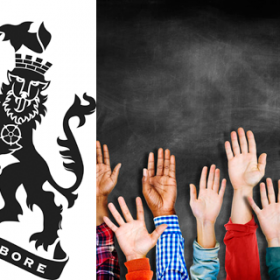