Artist impression of the design as viewed from the street. The plan also includes a new cafe area.(Image: aLL Design)

Residents are fighting plans to build a “monstrous” student accommodation block in a small Cambridge park.

Developer Federated Hermes is proposing to build over the St Matthew’s Centre for the Cambridge School of Visual & Performing Arts in New Street, using timber stilts to hold up the block of flats.

One anonymous resident, an artist, objected on Tuesday: “The exterior resembles a half-bald hedgehog.

“Hedgehogs use their spikes as a defence against predators, a clear signal to keep away – which is exactly what this building screams at us.”

Cambridge City Council’s planning portal opened after the planning application was validated on November 18, though it was apparently down for a short time at the end of November.

There have been 17 comments, all objections, since November 30 at the time of writing.

St Matthew’s Piece is the only park in the local authority of Petersfield and – excluding Mill Road Cemetery – the only public green space in the area.

Another commenter wrote: “The building work will disrupt the wildlife (birds, trees, insects, squirrels etc) and create chaos in the park, which now acts as a space for respite and calm for local residents.”

There are over 30 constraints on the planning application, including 24 tree protection orders.

Federated Hermes previously defended the plan during consultation: “The constraints of this unusual site require a novel approach to retain the existing building, respect the open space, and preserve the mature trees surrounding the site.”

The design, by aLL Design, is developed from an original concept by the late Professor Will Alsop OBE RA “whose core values were innovation, expression, and originality with an emphasis on enjoyment.

“This led to a design which challenges architectural norms.”

People are not sure that norms are being challenged in a good way, however.

Cambridge resident Phil Rodgers tweeted yesterday, December 3: “ The Marque’s title of ugliest building in Cambridge could be under threat if plans are approved for this gigantic Minecraft testicle on stilts, which would loom over St Matthew’s Piece on Sturton Street.”

Friends of St Matthew’s Piece, a local campaign group, are dropping leaflets to more than 3000 local residents this weekend listing their objections to the planning application.

A spokesperson for the group said they have three key problems: “it’s enormous, which is completely out of keeping with the park and the area.

“Secondly, it’s going to overshadow lots of the houses, obliterating their daylight,” and “the third thing is the harm it will cause to the park and the trees.”

People have until December 23 to express their views on the council’s portal. 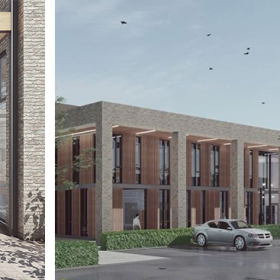 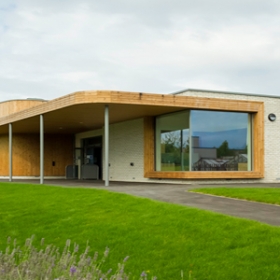