In line with Gloucestershire’s aims to be carbon neutral by 2050, The High School Leckhampton is set to become the county’s first carbon neutral school by its completion in 2022, with plans for an innovative, full photovoltaic roof.

SoGlos talks to David Jones, managing director and head of planning services at Evans Jones to discover how the build will set an important example for future school projects in Gloucestershire and beyond, talking all things green with the project’s lead planning consultant, Evans Jones.

What does zero carbon mean, and how it is different from carbon neutral?

Zero carbon means cutting greenhouse gas emissions, especially carbon dioxide, to be as close to zero as possible. This involves any action that removes as much carbon in the atmosphere as is put into it – for instance, a building with solar panels that sends an equal amount of renewable energy to the grid as is taken out is net zero.

Zero carbon and carbon neutral are often used as interchangeable terms by commentators promoting sustainable developments. And while both are achieving similar goals, a building could be zero carbon by ensuring that it doesn’t utilise fossil fuels and all electricity supplied is from a 100 per cent renewable energy supplier.

By contrast, carbon neutral is where there is a balance between emissions generated and the degree to which they are offset, making the overall net emissions zero.

When we talk about zero carbon in relation to buildings, we are looking specifically at the fixed building services that use energy and will last a large proportion of the building’s lifespan. For example, heated systems, like boilers; hot water provision; internal lighting systems; fans and ventilation; and pumps for moving heating and water around a building.

What will make the new High School Leckhampton zero carbon?

The High School Leckhampton, as consented earlier this year, already proposed a high efficiency building with improvements upon standard building regulations in excess of 30 per cent.

However, after Gloucestershire County Council reaffirmed its commitment to be net zero by 2030 – and deliver a carbon neutral county by 2050 – the design team were tasked with reconfiguring the consented school to provide an exemplar for other school projects in Gloucestershire.

A revised planning application was submitted in August 2020, delivering upon the county council’s commitment by providing a whole roof photovoltaic solution – which, if consented, will deliver the first carbon neutral school in the county.

How can the education sector, as well as students and parents, benefit from zero carbon schools?

The benefits from moving towards a zero-carbon economy will impact us all – and students have been at the forefront of climate change protests, calling upon governments and decision makers to address the issue.

Those commissioning new buildings, or altering existing ones, both within the public and private sector are very aware of the responsibility they have to ensure that buildings deliver upon the carbon neutral agenda. Investing in education now provides the best chance of meeting long-term commitments to deliver a cleaner and sustainable planet.

Promoting carbon neutral buildings is also seen by some as an educational tool, engendering responsible behaviour in younger members of society. After all, if our schoolchildren are taught in inefficient, poorly insulated and carbon-producing buildings, then how can we expect the decision makers and designers of the future to embrace an agenda seeking carbon neutrality?

Can you describe Evans Jones’s role in the development? What planning work has been done to ensure the school will be zero carbon?

As lead planning consultant, Evans Jones worked with the design team – made up of architects, engineers, ecologists, landscape architects, arboriculturists, archaeologists, air quality consultants, transport consultants, glint and glare specialists and so on.

Our role was one of co-ordination and liaison, providing an interface between planning officers employed by the local authority, and those promoting and designing the development. This included preparing the overarching planning statement, liaising with decision makers and leading upon matters of public and community group engagement.

The design of a carbon neutral school requires input from many specialists – particularly in this instance, as we needed a primary design change and decided to provide photovoltaic cells over the entire roof area.

While it may sound straightforward, there are lots of practical considerations – including building loading; the protection of maintenance workers who will install and maintain the photovoltaic cells in the future; the potential negative impact resulting from the increased building height; and the potential for visual receptors to be negatively impacted by the reflective photovoltaic.

Any planning submissions requires that the decision maker weighs in the balance competing issues. In this instance, it is important to balance the slight increase in building height and potential for occasional glint and glare against the benefits associated with creating a carbon neutral building.

It’s the planning consultant’s role to ensure that the information is put to decision makers so they have a clear understanding of the proposal’s negative and positive aspects – to ensure that appropriate weight is afforded to all salient considerations.

The proposal to locate a new school in Leckhampton, while supported by the majority of those who commented upon the development proposals, has met with resistance from a proportion of the settled community.

Resistance manifested itself in an application to seek to have the planning permission overturned by judicial review. At the time of writing, a final decision is awaited from the courts as to whether permission will be granted for review of the original planning approval by the courts.

The application for judicial review from a local resident has delayed determination of the revised application which seeks to deliver upon the carbon neutral requirements and meet the county council’s climate change commitment.

The application which will deliver upon this commitment is now scheduled for consideration in January 2021. It is hoped that councillors determining the application when weighing the planning balance will agree that the benefits attributable to the provision of a carbon neutral school significantly outweigh any negative aspects associated with this proposal.

Until the building is completed in 2022, the school will be housed in a new modular building set to be constructed on Balcarras School campus.

Balcarras Academy Trust has already invested in the provision of power-generating photovoltaic cells upon the roofs of the existing school buildings. The new modular building has been designed to accommodate additional photovoltaic cells, ‘future proofing’ it if any additional on-site generation is required.

The new building will be temperature-controlled via electrically-operated heating and ventilating units, making sure that there is no fossil fuel usage.

What is Evans Jones’s experience with zero carbon projects?

Within the scope of our consultancy services, we see our role at Evans Jones as one of educating and encouraging clients to – at the very least – consider sustainability within the design process. We aim to educate clients that achieving zero carbon buildings need not necessarily significantly increase the cost and has other associated benefits in terms of messaging to customers, employees and clients.

The degree of take-up is, regrettably, still highly dependent upon cost and clients’ perceived benefit. It is fair to say that many clients commissioning new buildings still remain resistant to meeting zero carbon standards where this will increase costs for no obvious immediate return. 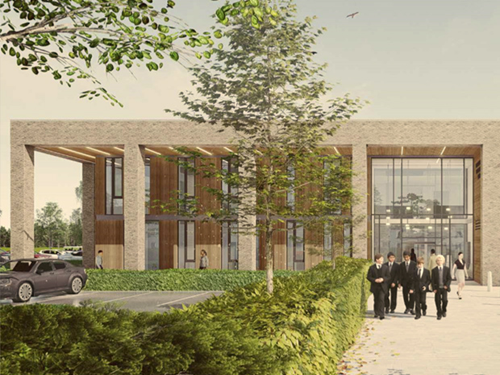 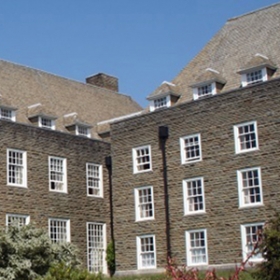 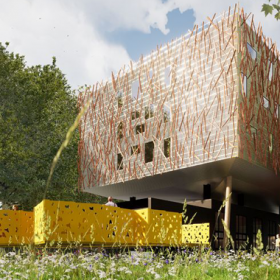 Residents Object to the ‘ugliest building in Cambridge’
Scroll to top