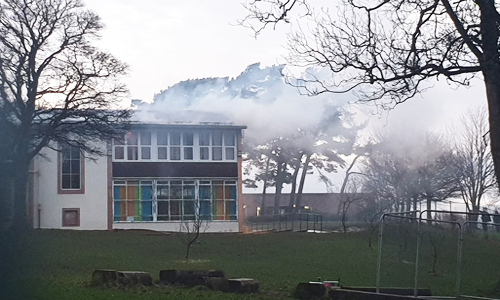 Nine appliances – up to 50 firefighters – were called to Liberton Primary School shortly after 3:30pm.

A fire service spokesman said the building was evacuated and there were no injuries to any of the children and staff.

The school will be closed for the rest of the week and parents will be told next week about contingency plans before pupils go back after the half term on February 17th.

Edinburgh City Council’s education convener described it as a “major fire” which has caused “significant damage to a large part of the school.”

One parent, who did not wish to be named, said he had picked up his child from the school shortly before the blaze broke out.

He said: “It’s a pretty big fire, lots of firefighters and appliances are at the school trying to get it under control.

“The school kids were all out of the building but the after school club was on, so the building was evacuated.”

A video shared on social media shows flames coming out of a first floor window.

Police Scotland also issued a statement this evening advising local residents to keep their doors and windows closed, with firefighters likely to be battling the flames through the night.

Lothian Bus services 3, 8 and 29 have been diverted as a result of the fire.

Private hire taxi driver Nina Sneddon-Tillbrook told how she watched the blaze develop as she dropped off a fare near the school at 4pm.

She said: “I dropped off there at 4pm just before the road closed at time was only a few fire engines but part of the roof fell in and flames were coming out the top so I’m no sure if the schools going to survive the fire.

“The teachers were all outside and the flames were quite big.”

“Remaining staff & pupils were evacuated with no reported injuries. Parents have been informed school will be closed for remainder of the week. Parents will be updated next week on arrangements for Feb 17th return after break.”

Education Convener Councilor Ian Perry said: “The decision to close the school has not been taken lightly however unfortunately this has been a major fire which has caused significant damage to a large part of the school.

“There have been no reported injuries and I want to thank the Scottish Fire and Rescue Service and Council teams for their swift response. We’ll update parents next week regarding contingency arrangements.

“We will work closely with the fire service to determine the cause of the fire.”

Lothian MSP Miles Briggs said: “The fire at Liberton Primary School is deeply concerning news and will be incredibly upsetting for the local community.

“I am relieved to hear that there are no reports of an injuries, if the fire had started whilst pupils were at school things could have been much worse.

“Official must get to the source of what caused this fire and make sure that all necessary precautions are taken to ensure this never happens again.”

Orion Academy – Rising from the Ashes 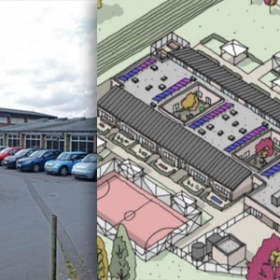 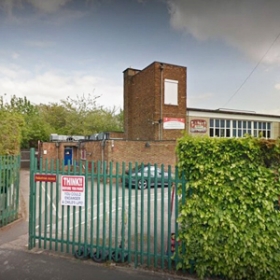 SCHOOL EXPANSION COSTS DOUBLE DUE TO DELAYS
Scroll to top