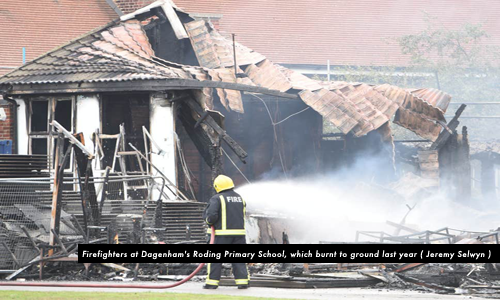 Sprinklers were not fitted at any London school or college which had fires this year, new figures have revealed.

Statistics showed that none of the 57 educational establishments in the capital attended by firefighters were fitted with the systems.

None of them which had fires up until July 25 were fitted with automatic fire suppression systems (AFSS), the brigade said.

It said only 2.3 per cent of the 565 school fires attended between 2014 and July this year were in buildings fitted with sprinklers. The safety systems were installed at only 13 of them.

LFB said it wants sprinklers to be mandatory in all new schools and for institutions to be retrofitted with them during refurbishments.

Its deputy assistant commissioner for fire safety Charlie Pugsley said: “It is shocking that we have been campaigning for a number of years to make sprinklers mandatory in new schools and retrofitted during major refurbishments and yet this year, every school fire we have been called to has had no sprinklers fitted.

“Sprinklers are the only fire safety system that detects a fire, suppresses a fire and can raise the alarm.

“Sprinklers save lives and protect property.

“Millions of pounds are wasted every year repairing fire damage in London’s schools when sprinklers could have prevented the spread of fire.

“This is not just about saving money; when a school is closed it disrupts a child’s education, impacts on the local community and affects parents by closing breakfast and after school clubs.”

The fire service said that sprinklers are especially important during the summer holidays when buildings are empty and fires can smoulder undetected, causing “extensive and expensive” damage.

Mr Pugsley added: “The easiest time is to fit sprinklers when schools are being built or refurbished.

“I find it staggering that such a simple safety measure is so easily omitted from the designs.”

The new data has been released the week after the 10-year anniversary of the devastating fire at Thomas Fairchild School in Hoxton, east London.

At the height of the incident 15 fire engines and more than 100 firefighters attended the scene and crews remained at the primary school for more than 10 hours, the London Fire Brigade said.

The school was closed for almost three years after the fire while it was rebuilt and the school’s 300 pupils were schooled at two different locations, it added.

A Department for Education spokeswoman said: “The safety of pupils and staff is paramount and schools are fundamentally safe places, designed to be evacuated as quickly as possible in the event of a fire.

“All schools are required to have an up-to-date Fire Risk Assessment and to conduct regular fire drills.

“All new school buildings must be signed-off by an inspector to certify that they meet the requirements of building regulations and where sprinklers are considered necessary, they must be installed.”

Plea for ‘Sick School’ to be replaced 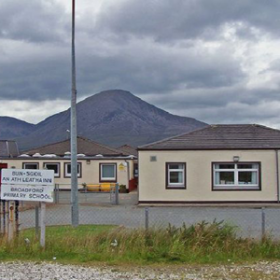 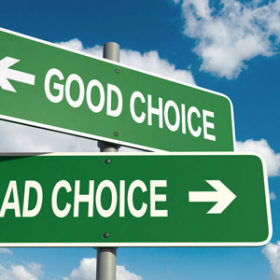 Companies on the verge of collapse, yet chosen for major projects
Scroll to top