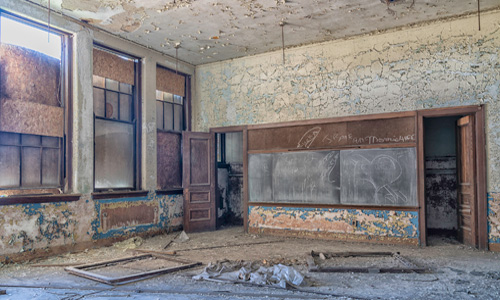 This survey reflects on a period of real-terms cuts in education, since 2015, which have put a severe squeeze on the ability of schools and colleges to afford repairs.

This survey was conducted just days after the Department for Education announced a £400m investment pot that schools and colleges can apply to draw upon for building repairs, but with the proviso that this only applies to academies and sixth form colleges. This comes after the scrapping of Building Schools for the Future in 2010, cancelling 700 building projects at a stroke – very many of them local-authority-maintained. Today’s survey clearly demonstrates that just within the last four years, the state of schools and colleges has taken a turn for the worse.

“Birds getting in through holes in roof, holes in walls bring picked at by generations of students.”

“New build constantly postponed for years so old buildings still in use and not fit for purpose.”

“The new building has been built cheaply. The walls move and in winter are freezing, in summer too hot.”

“My classroom roof leaks, and I have to have a bucket – textbooks and exercise books have been wrecked.”

“We also have some classrooms without ceilings.”

“Boilers that only work some of the time. Extraction fans that don’t work.”

“There is simply no money left for school repairs or improvements.”

“Used to be high school for 300 pupils now part of school with 1200 pupils. Stairs get jammed and are unsafe. Some mobile classrooms in use should be condemned.”

The survey also serves as a reminder of the ongoing presence of asbestos in our schools. 86% of schools contain asbestos, yet today’s survey finds that just 21% of teachers – one fifth – were aware they were working in a school with asbestos.

“We know we have asbestos in our school but despite repeated requests we are not told where.”

“We currently don’t have properly working fire alarms as these were renovated over summer but the builders wouldn’t drill into any walls as they’re all asbestos.”

“Science block just shut down because of asbestos.”

The National Education Union, as part of the Joint Union Asbestos Committee, has called upon successive governments to take action on asbestos. Schools, parents and children deserve nothing less than a detailed national survey of the extent, type and condition of asbestos in schools. The government’s line has been that it is safer to manage asbestos than to remove it, but this is simply untenable. At least 319 teachers have died from mesothelioma since 1980, and 205 of those deaths have occurred since 2001. Deaths average at 17 per year, up from three per year during 1980-85.

“It is quite intolerable that schools and colleges are having to forego building repairs and maintenance for years due to a lack of funding. Our children and young people deserve to be taught in buildings that are fit for purpose. It is simply not good enough that for so many children and staff, leaking ceilings and rotting windows and crumbling walls are their daily environment.

“This disastrous trajectory of decay has gone on long enough. Promises, and not just empty ones, need to be made by political parties as to how this will be resolved. We look forward to hearing serious commitments from each of the political parties, so that voters can make an informed decision. If you value education, you must vote for education.”

The Harrowing cost of consultancy for School Building – £1.3m of taxpayer... 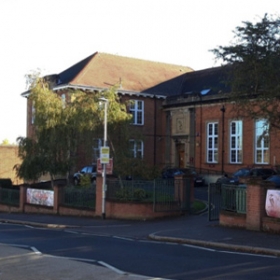 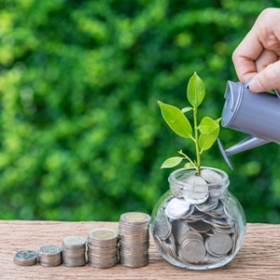 STEM funding pot of £400,000 opens for applications
Scroll to top